Oct. 5 update: How each state is handling high school football this fall 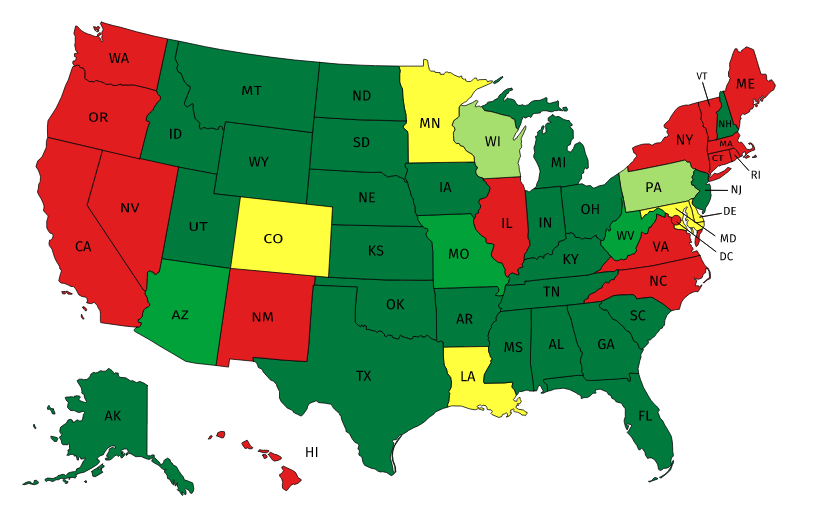 Another state has flipped its plan and will play football this fall.

Maryland, which previously announced there would be no fall sports in 2020, announced that it now will be up to each school district in the state to decide if it will play high school football this fall.

The plan is to begin practices Oct. 7 with the first games slated for Oct. 27.

Some school districts, particularly in the western part of the state, say they will begin fall sports practices on Oct. 7. Others are taking the matter under consideration, and other still, particularly around Baltimore, have reiterated their plan to delay sports until 2021.

New Jersey kicked off its fall football season last weekend, with a couple of games that had to be postponed or rescheduled because of COVID-19 outbreaks.

Arizona also opened its season, but two large school districts in and around Phoenix have not yet met mandated metrics to begin playing football.

This upcoming week, Colorado, Louisiana and Minnesota are expected to begin playing.

So here’s where the map stands on Oct. 5. We’ve broken states up into three basic categories: Green (30 states), Yellow (5 states) and Red (15 states, plus the District of Columbia).

Green indicates that the high school football season has started in some section of that state. Deep green (25 states) indicates most, if not all, of the state has begun playing, although some states (Ohio, Kansas, Iowa) have abbreviated or altered their seasons from normal. Medium green states (three states) are playing football in most of the state, but significant pockets of the state still have not started or is being postponed week-to-week. And light green (two states) are states where football is widely divided in play, with at least 15 percent of the state not playing this fall.

Here’s a breakdown about how each of the 50 states, plus the District of Columbia, are handling the high school football season, as updated on Oct. 5. We will update this every week.

ARIZONA: Season opened on Oct. 1 but districts in and around Phoenix have not yet met the metrics to begin play.

MARYLAND: Reversed earlier decision to move football to 2021 and is now allowing each district to make its own determination. Some have opted to play in the fall, others are discussing the matter and while others remain committed to playing in the spring.

MINNESOTA: Previously opted to delay to 2021. MHSAA voted to play football in the fall. Games will start Oct. 9.

MISSOURI: Season has started, but schools in and around St. Louis have not yet started, but officials announced a plan for football to begin to be played.

WEST VIRGINIA: Season started Sept. 4. However, COVID restrictions continues to cancel patches of game each week. This upcoming week 18 games have been scrubbed.