More changes for high school football in fall: Maine is out; Delaware back in 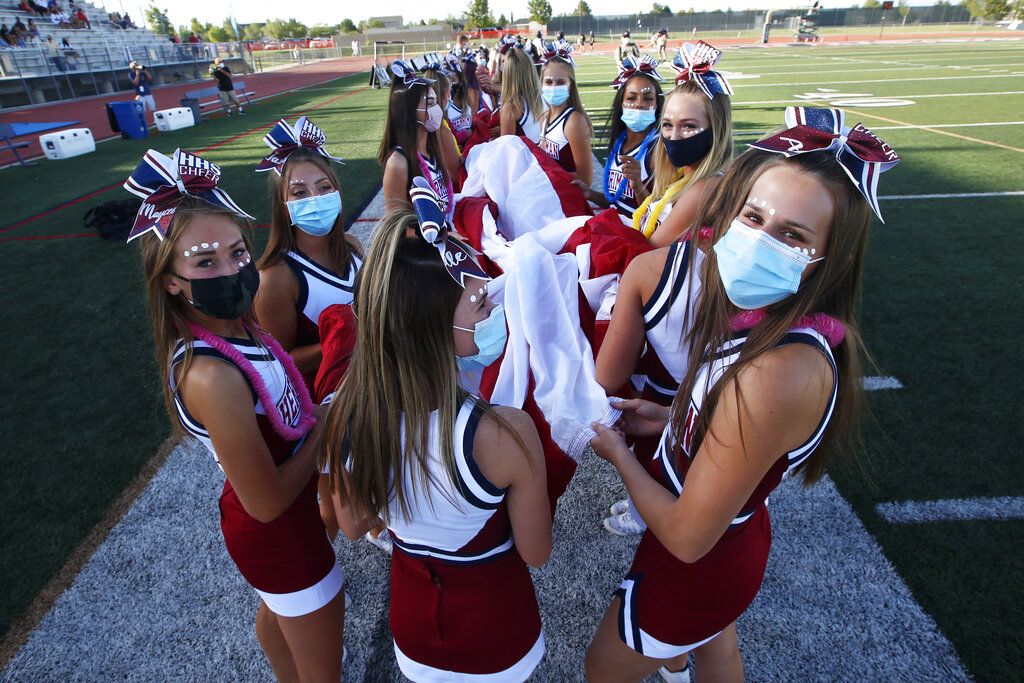 The net number of states that won’t be playing high school football this fall remains at 18, but there was still a lot more movement on Thursday.

First Maine appeared to be the 19th state to cancel the fall tackle football season. But then the number moved back to 18 when Delaware announced plans to bring back football this fall.

Maine high schools won’t offer football or volleyball this fall, but will proceed with other sports, the Maine Principals’ Association announced on Thursday.

The principals’ association made the announcement in conjunction with state officials. The coronavirus pandemic shut down high school sports in the state in April.

The principals’ association cautioned Thursday that its guidance could be changed or suspended because of the evolving nature of the pandemic.

“While these guidelines provide a strong foundation for how to safely play fall sports in Maine, we recognize that ultimately the final decision on sports will be made by local school districts based on their capacity for implementing the health and safety guidelines as applied to school sports – a decision and process that we wholeheartedly respect,” said Mike Burnham, executive director of the Maine Principals’ Association, in a statement.

Maine is among dozens of states modifying sports plans this fall due to the pandemic. Some schools in the state have already announced they are canceling fall sports completely.

It’s important to remember that not all sports carry the same level of risk, said Maine Center for Disease Control and Prevention director Nirav Shah. For example, it’s possible to host sports such as golf and cross country in ways that observe social distancing, he said.

“The safety of any particular activity depends on the nature of the activity and the circumstances in which it’s being done,” he said.

Also on Thursday, the Delaware Interscholastic Athletic Association board of directors voted to allow high school fall sports to return in the fall, reversing course on an earlier decision to move them to next spring, according to WDEL radio in Wilmington.

The DIAA board of directors’ plan must be approved by the State Board of Education on Sept. 17.

If approved, high school sports practices could begin Sept. 28, with competition beginning Oct. 19 for other fall sports, while football would start on Oct. 23.

Under than plan, a seven-game regular season would be played with reduced state playoffs played in December.