This is the hard part 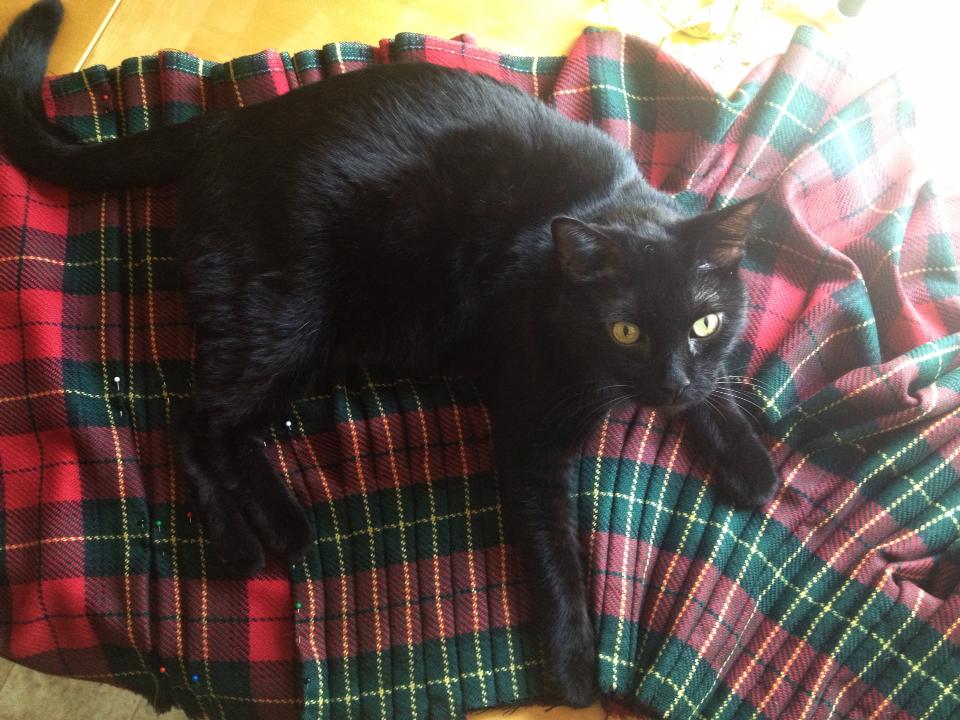 I debated writing about the last adoption experience that Bob and I had because I wouldn’t ever want to discourage anyone from adopting an animal from the shelter. But after talking to A LOT of people about their adoption experiences, I realized I wasn’t alone.

I’ll back up a little. In August, my husband and I started looking at shelter websites and not quite on the spur of the moment, we decided to “just go look” at the cats at West Columbia Gorge Humane Society. We wandered through the cat building, petting cats, asking questions, trying to figure out who would be a good fit for our family, which already consists of a young cat and an older dog.

And we found Kevin, a 7-year-old black cat that had been at the shelter about three months. But he was so interested in us, going so far as to crawl in Bob’s lap when he sat down. He seemed mellow and everyone at the shelter said he was a good guy and fun to have around. We didn’t know a ton about his past, other than he’d been owned by an older man who had to give him up when he went into assisted living.

So we signed the paperwork and took Kevin home — he yowled the entire drive from Washougal — and then we began the rocky process of bringing a new pet into an established family.

My family has adopted a lot of animals over the years and Bob has been a shelter volunteer for almost 10 years. We’re not novices at pet adoption. But Kevin, as much as we liked him, was unhappy in our house. He didn’t eat and he groomed all his fur off. No one was getting any sleep. Instead of being a companion for Rory, our younger cat, and vice-versa, they made each other miserable. And their battles got our dog, Lily, wound up. Rory started hiding under the couch. And Lily started going after him — and Kevin — on a daily basis. The litter box was an issue, and Kevin kept trying to escape out the front door. For months we tried everything we could think of and the end result always seemed to be all five of us got more miserable.

This felt like a failure to me, personally. When I was about 4, my parents decided to take the springer spaniel my dad adopted back to the dog shelter because he was just too big for our house and yard. But other than that I’d never had an adoption failure. I knew that for Kevin’s sake — and Lily and Rory’s — and my piece of mind, he had to go to a different home. Kevin is a good cat. He likes laps and windows and cuddling. But he needs a home where he’s the only pet or he’s around pets that are at the same stage of life he is — not a rambunctious cat barely out of kitten stage like Rory. Luckily West Columbia Gorge found Kevin a foster home until he can find a quieter home where he’ll be happy.

And this is ultimately why I wanted to share this experience. Sometimes it won’t work out. I’ve talked to the owners of Family Dogs New Life Shelter about the number of people who have brought back dogs, sometimes more than once, before finding a good fit. It happens. But this is the other thing about adopting through a reputable shelter: They will stay invested in these animals until they find a permanent home. West Columbia Gorge realized we were completely torn up about not being the right family for Kevin and helped us feel better about returning him and had the means to take him back until he could find a new home. That doesn’t happen with the box of free kittens at the convenience store.

I always encourage people to adopt shelter pets; you are literally saving a life when you do. But you also get the support of the rescue community. Being a responsible pet owner takes a lot of time and effort and most of the time it works out for the best. On those rare occasions that it doesn’t, the rescue community is there to help.