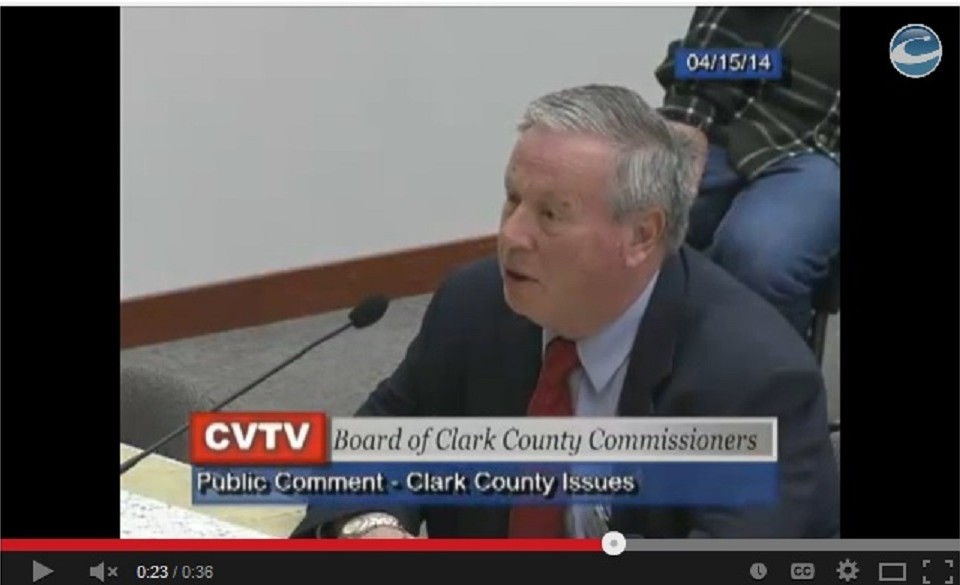 A big fear of newspaper reporters is that people will only scan the headlines. It happens more than many reporters would like to acknowledge (so it’s been acknowledged for them in reports, some of which show that six in 10 people only glance at headlines).

NPR pulled one of the very few April Fool’s Day pranks this year that was actually amusing, which was predicated on the notion that people read headlines and little else. It published a headline asking “Why Doesn’t America Read Anymore.” Readers had to click the link to get the joke. A lot of people didn’t.

In Clark County, the local news outlets don’t have to pull any pranks to prove that point. Readers are capable of doing that themselves.

That happened at a board of commissioners meeting earlier in the week, when speaker Gary Schaffer prefaced his comments to the board by telling Commissioner Tom Mielke he was disappointed to read that Mielke wouldn’t seek another term.

That was news to Mielke, who hadn’t made that announcement. “I’m going to run for re-election,” he said. “Are you reading The Columbian again?”

The zinger drew a hearty chuckle from some members of the audience, including Don Benton, who was sitting directly across the aisle from me. I leaned in and said, “I want to tell you, we didn’t do a story that said that.”

“Oh,” he responded, “I wonder where he got that from.”

Funny story here: Turns out Schaffer did get it from The Columbian. You see, papers often run wire content to fill their pages with news that’s of state, national and international interest. So the front page of Tuesday’s paper had this headline. What’s amusing about the confusion is that the story ran with a mugshot of state Senate Majority Leader Rodney Tom, who looks nothing like Mielke. The story details how Tom won’t run for re-election. An additional insult is that Tom is a Democrat, while Mielke is a Republican. Perhaps Schaffer also has prosopagnosia, or face blindness, in which case I apologize for making light of his affliction.

Just to be overly clear, in case others are confused by my use of the names “Tom” and “Mielke” (considering Mielke’s first name is Tom): In journalism, a person’s last name is generally used on second reference or in headlines. That may be the most important point of this post and, like a dummy reporter, I buried it at the end, assuring no one will read it.