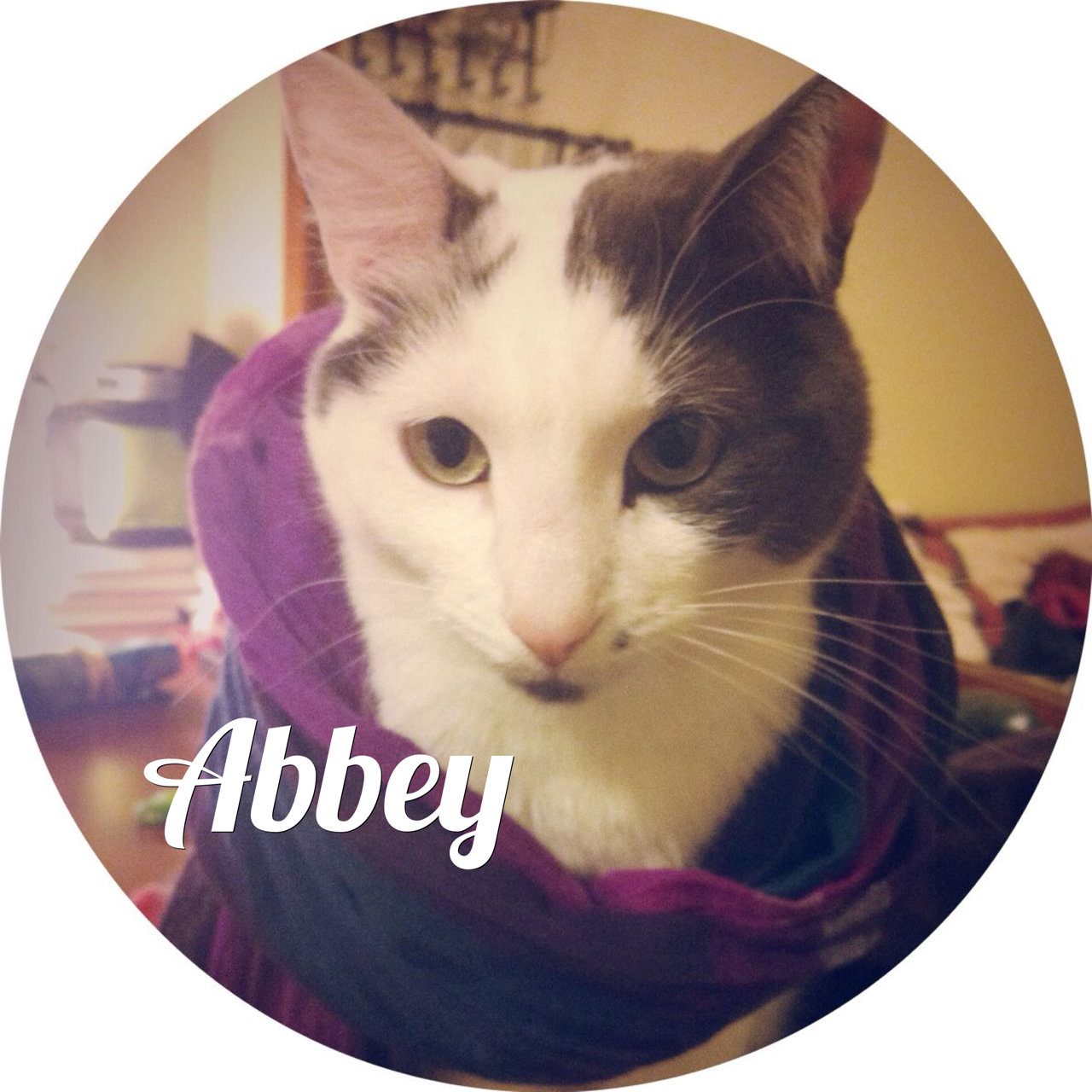 I’d like to tell you a short story.  I’m sharing this story with you because cat behaviorists are people too, and the cats they live with are, well, also cats.  This cat behaviorist (me) has had five cats for the last several years, starting with when my husband and I Brady-Bunched our feline family together when we were married (I was not a trained cat behaviorist at the time, mind you).  I entered the household with a completely reasonable number of two cats (Jesse and Abbey), and Chris had a clowder of three (Samantha and her two off-spring, Momo and Oliver, who were the exact same age as Abbey).

Our five cats had been getting along reasonably well for about a year.  The introduction was successful, and while the two groups of kitties were never best friends, they could all sleep on the same bed at the same time (granted, it was a very large bed, but a single bed nonetheless).  There were occasional little spats (as is normal in many blended feline families), but nothing serious.  Everyone pretty much left Jesse alone (he is the senior of the group and was viewed as a non-threat), and when Abbey didn’t get into the other cats’ faces to try and play, things were pretty peaceful. Until one night, when I was woken by a terrible smell.  Terrible!  It was…it was……cat poop!  Right next to my side of the bed on the floor!  Ugh!  What the heck was going on???  The horror…I’m just so glad I didn’t step in it.  I didn’t know who did it, but I was definitely on high alert.  Which is why, two nights later, I was again woken up when I heard little “thunks” hitting the hardwood floor next to my bed.  I quickly turned on the light and smelled what was happening.  It was Abbey!  She was pooping right next to my side of the bed again!  Something was definitely wrong – she had never had litterbox issues before.

Alright, just in case you haven’t figured it out, this is a conversation about litterboxes, so if you are easily offended by subjects such as cat poop and pee, you might want to skip on over to Amazon or The Columbian’s home page, or some place without as much cat poop and pee involved.  Still reading?  Ok, fair warning…

I took a look at Abbey’s poops – they seemed to be a good consistency, not excessively hard, but well-formed.  Should I take her to the vet?  I would sleep on it (it was, after all, the middle of the night) and make a decision.  That morning, I received some new information.  I was in the bathroom getting ready for work when Abbey hopped up onto the counter for our normal morning petting session, but then she proceeded to get in the sink and urinate right in front of me.  I. Was. Shocked.  Flabbergasted!  She had never done anything like that before.  Definitely time to see the vet!

Abbey checked out fine, so we decided to look at our litterbox situation.  Was there something about the cats’ litterboxes that she didn’t like?  Why the sudden change? Our basement was finished, and we had our TV down there, with a fireplace, so it’s not like it was a creepy “Silence of the Lambs” basement that was cold and dark and isolated from the rest of the house.  However, the basement had recently been turned into a very exclusive club, which only admitted Samantha, Oliver, Momo, and Jesse.  In fact, Momo was the primary bouncer, and we’d seen her chase Abbey up the stairs and out of the basement before.  Momo spent almost all of her time in the basement, and there was only ONE access route to the basement, which meant that Abbey had been banned from the basement, and from using the litterboxes!  To test this, I held Abbey as we went down into the basement.  She grew visibly nervous and fidgety as we got to the basement, where Momo was.  Momo had an eye-lock on her, and when I put Abbey down, she ran up the stairs to avoid any confrontation with Momo.

As soon as we moved a couple of the litterboxes upstairs to the main floor, Abbey resumed using them and her pooping beside the bed and peeing in the sink stopped immediately.  Poor thing – she was coming to me to tell me she really needed to “go” but there was no place for her to do it! We are so lucky to have figured out the problem relatively quickly, since stress like this can cause medical conditions like UTIs and result in further behavior issues.

So the Litterbox Lesson is this: if you have multiple cats in your household, make sure that there are multiple access routes to multiple boxes.  Your cats having litterbox access is critical.  You may not be aware of all the complex relationship dynamics that happen between your cats, and they can change at any time.  Resource guarding (including food and perching areas) can be stressful for cats who have limited access to those resources, so make sure everyone is getting what they need, and more!

I’m happy to report that Abbey is just fine these days.  No more pooping next to the bed, no more peeing in the sink.  We’re happy about that, but we’re even happier that our cats have access to everything they need, even if they don’t always want to share.  They are cats, after all!

Dr. Marci Koski is a certified Feline Training and Behavior Specialist whose mission is to keep cats in homes and out of shelters. If you are having problems with your cat's behavior, visit Marci's website at www.felinebehaviorsolutions.com. Marci also volunteers with Furry Friends, a no-kill cat rescue organization in Vancouver, WA. You can learn more about Furry Friends at their website, www.furryfriendswa.org.