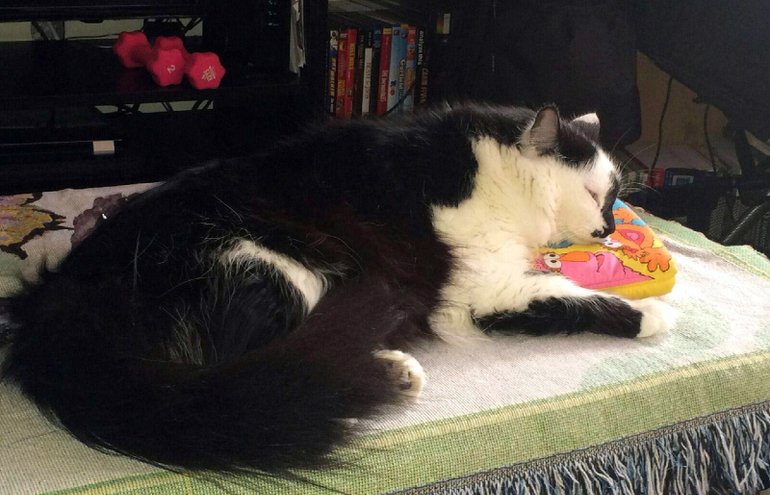 I got into a fight on Facebook with someone I’ve never met this week. (Gasp! Shocker! That never happens, right?) The topic? The now-infamous cat from Portland named Lux that chased its owners into a bathroom and supposedly scared them, and the family dog, so much that they called 911. Earlier this week, Lux’s owners decided to give him up for adoption. When the story popped up in my Facebook feed, I saw there were a number of comments. I was surprised at the number of people who laid blame for the whole situation in the lap of the cat, rather than with the adults. I’ve seen similar reactions from people commenting on the news that Jackson Galaxy of “My Cat from Hell” is headed to Portland to help out.

The comments that bothered me the most were those saying the cat should have been killed or describing a cat scratch in response to a pulled tail as a “savage attack.” Animals react on instinct. Dogs, cats, birds, goats. They don’t have any other means of communication. And I worry about people who can’t tell the difference between an animal reacting on that instinct and an actual animal attack. Lux doesn’t deserve a death sentence, but he probably isn’t a good fit for a home with a small child, especially if the parents haven’t designed a way to separate the cat and the baby when the need arises. (Do people really not use playpens anymore? My mom had ours around when I started babysitting and that thing was genius.)

Galaxy offered some advice on dealing with cats’ behavior. From the Associated Press story:

• Never leave a young child unsupervised with a cat.

• Take it to a vet at least once a year. If a cat is acting suspiciously, the owner needs to pay attention. “Know what suspicious looks like,” Galaxy said. “If they’re not feeling well, cats will socially withdraw themselves, or they will lose weight, or they will gain weight, or they’ll be howling in the middle of the night when they never did before.”

• Make sure cats can literally climb out of a situation. Having a space up high, like a cat condo, to get away from children and other pets is crucial, Galaxy said. “Make sure the cat can make the choice to get away from the kid,” he said.

• Timeouts are good things. “We associate timeouts with punishment, but in the world of cats, timeout is not a punishment.” They can go to a designated place where they can settle down, come back to a peaceful moment or ground themselves, he said.

• Stop fights between felines with “timeout drills.” With simple pieces of cardboard, left strategically around the house, you can stop a fight between two cats. Put the cardboard between them, blocking their vision and providing a moment of disorientation when you can lead them to their timeout spot. It’s especially important to have the drills with aggressive cats.

I guess the takeaway from all this is that responsible pet ownership and good parenting are going to overlap in the living room. And ultimately it’s up to the adults to deal with that overlap.