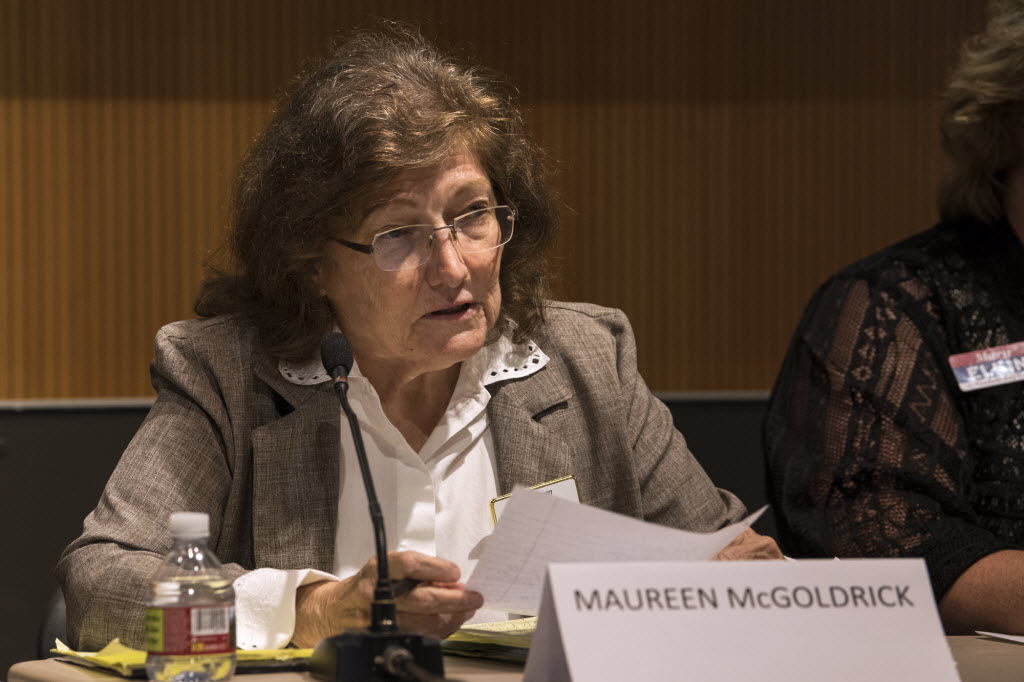 You want to give each candidate a fair shake while framing the election for the reader in a useful way. Our rule of thumb is to give all the candidates a “welcome to the race” story of sorts, to introduce them to the voters and give them a chance to lay out their platform. Within reason, we do our best to treat all those stories the same — they all get around 500-600-ish words, and they all print in the paper’s local news section. The content of each article will vary. But generally speaking, we let them introduce themselves and then do our diligence to provide some background and context on the candidate. After that, we follow the newsworthy bits of the election with more leeway.

We’ve done that this year for all 13 people running for Vancouver city council. Everyone, that is, but Maureen McGoldrick.

We haven’t printed an introductory story on McGoldrick because she’s a ghost when it comes to the media. She won’t return my calls or emails, hasn’t sent out any kind of press release, and has no campaign website or personal social media accounts.

I’m new to the politics beat, but according to my colleagues in the newsroom, this was to be expected. When McGoldrick sought a city council seat back in 2017 she turned down repeated interview requests from the paper and declined to sit down with our editorial board. Apparently she was so press-shy that McGoldrick, who had a scooter and an injured foot at the time, evaded a city reporter at the Vancouver Farmers Market by scooching away into the crowd.

As a reporter, her elusiveness makes my job harder. But voters still need the info. So, in the spirit of fairness, here’s the best “welcome to the race” story I can write for McGoldrick:

Maureen McGoldrick, who in 2017 and 2018 sought a seat on the Vancouver City Council, again threw her hat into the ring earlier this month when she filed for Position 2.

Currently held by Erik Paulsen, the primary is a three-way race between the McGoldrick, the incumbent and wild card candidate Justin Forsman.

Little is known about McGoldrick. She ran against Scott Campbell in 2017 and earned about 17 percent of the primary votes, advancing to the general election. At the time, her success surprised city leaders — she’d raised no money, posted no signs and appeared to have done little to no traditional campaigning.

Campbell died before the general election but still won, launching an appointment process to fill his seat. The appointment went to Laurie Lebowsky, who then had to run in 2018 to retain the seat. Lebowsky succeeded, beating out a roster of four challengers that included McGoldrick.

McGoldrick has lived in Vancouver for about six years now.

According to an August 2017 Columbian article, she graduated from St. Michael High School in Los Angeles in 1964, attended Los Angeles City College from 1964 to 1967 and went to Valley University in California for her law degree. She passed the bar exam in 1977 and practiced civil and criminal law in Southern California.

In a brief conversation with Columbian reporters outside her apartment in 2017, she cited downtown security, traffic and parking as her top concerns.

She’s not filed her 2019 race with the Public Disclosure Commission, required to raise and report campaign funds.