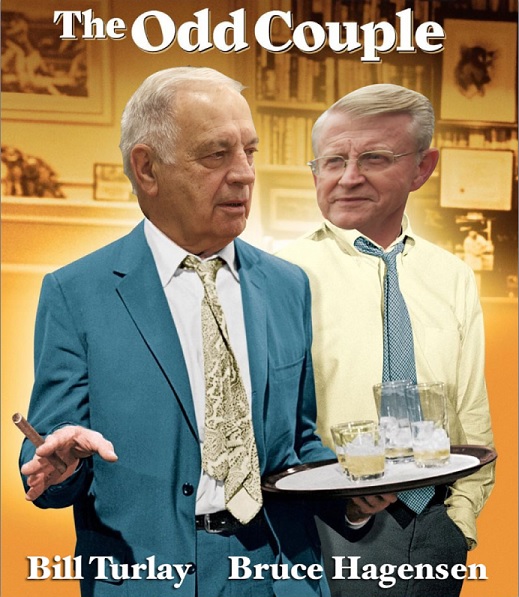 Seriously, if we want to improve public participation in local government, let’s just have Hagensen, 70, and Turlay, 78, debate everything. That’ll draw a crowd. Hagensen was among a half-dozen speakers who showed up to express how disappointed they  — and 7,000 people whose signatures they collected — were the city passed on the idea of taking the Pearson Air Museum back from the National Park Service.

I was hoping Hagensen, who was elected to the city council in 1981 and served as mayor from ’87 to 1995, would give Mayor Tim Leavitt a back-in-my-day lecture. He did not disappoint.

For those of you not up on the Pearson controversy: The city council has made it clear they don’t want to spend an estimated $100,000 a year running a museum. The Fort Vancouver National Trust said it couldn’t afford to operate the museum on the city’s behalf without financial assistance. Hagensen, along with former Mayor Royce Pollard, who followed him in office, have made it clear they can’t stand the National Park Service. During Hagensen’s time in office, he and Ed Lynch started a campaign, One Place Across Time, which raised money that helped pay for the Jack Murdock Aviation Center. Hagensen also fought with the NPS over Pearson Field — you can read more about the history here.

On Monday, Hagensen said a city memo outlining reasons the city didn’t want Pearson was a “wonderful rationale for divesting yourself of any responsibility.” He said the current city council seems to base decisions on not assuming any liability, not taking any responsibility and “shoveling it off so you don’t have to worry about it.”

“We need to look at history. Look at Officers Row,” he said. The government would have sold it off piece by piece had the city not stepped up.

“Was it an easy go? Absolutely not.” He said if his city council had only been concerned about fire and police services, it probably wouldn’t have happened. The park service would have also shut down Pearson Field, he said.

After the lecture went on awhile, Turlay couldn’t keep quiet.

He told Hagensen federal funding doesn’t flow in like it used to, and with the 1 percent annual cap on property tax increases the city has been forced to focus on essential services. The city parks budget has been slashed and social services aren’t properly funded, Turlay said. There’s simply no money to spend on a museum.

Turlay, a former Navy pilot who got his “butt shot at” in Vietnam, also didn’t appreciate the accusation that he doesn’t have a love for aviation history.

Hagensen, a former Marine, ended his response to Turlay with, “By the way, I was on the ground in Vietnam while you were flying overhead, thank you very much.”