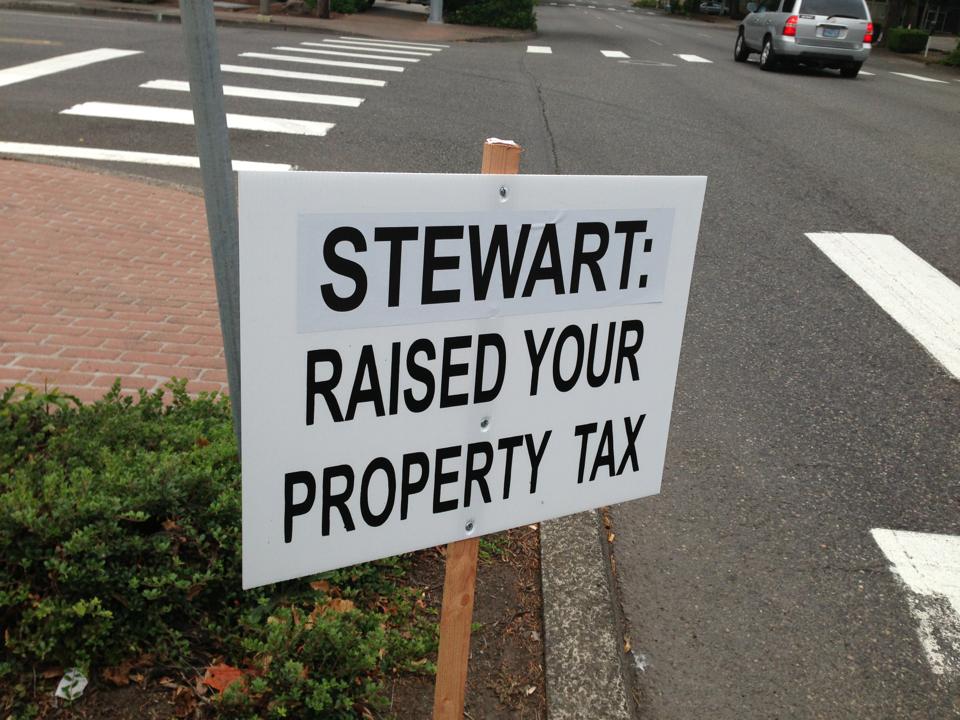 Well, somebody has been busy plastering stickers on signs.

Earlier this week, I wrote about election sign drama, including a sign that singled out Vancouver City Councilor Jack Burkman for raising property taxes when in fact the council vote was unanimous. In the interest of accuracy, I wrote, why not have a sign saying every member of the council voted for the increase?

Since then, someone ordered stickers saying “TURLAY” and “STEWART,” referring to the most conservative members of the council, Bill Turlay and Jeanne Stewart. Stewart has two opponents in Tuesday’s primary, while Turlay is challenging Mayor Tim Leavitt. The stickers have been used to cover up Burkman’s name.