Long on lukewarm young voters: ‘Can you blame them?’ 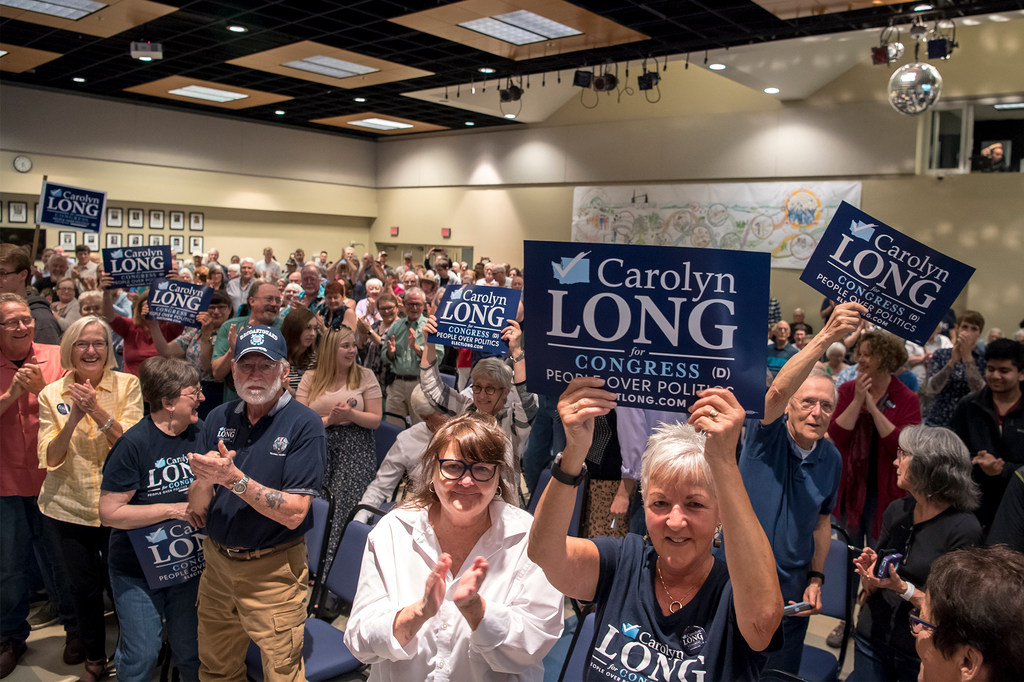 Carolyn Long, the main (scratch that; now she’s the only) Democrat seeking Washington’s 3rd Congressional District seat, told National Public Radio she’s trying to win over unaffiliated voters and energize the base in order to beat a 10-year Republican incumbent.

However, the Washington State University Vancouver political science professor also said she understands why young people might feel less than energized about voting.

“I’ve had the pleasure for the last 25 years to speak to young men and women when I’ve been teaching politics. And what I see, overall, is just a tremendous cynicism. And my response is, how can you blame them?” Long said.

“They’ve seen popular-vote winners for the presidency not win the Electoral College. They’ve seen the corrosive role of money in politics. They’ve lived through this incredible polarization where people are attacking one another rather than working together. And so that cynicism is reflected in them not being involved, you know?”

Long’s comments were included as part of “All Things Considered,” a regular NPR show and one of the most popular radio news shows in the country.

The team had visited Southwest Washington as part of it’s “Where Voters Are” project, and also spoke with young people around the district to get a sense of their political engagement (they’d additionally reached out to the current congresswoman, Republican Rep. Jaime Herrera Beutler, but said that her staff did not respond).

The whole series of reports is worth listening to (you can find them here).

But the national spotlight also highlights something that we here in Washington’s 3rd have come to realize over the past couple of years: We’re going to matter in the 2020 election. Quite a bit, actually.

NPR has identified Southwest Washington — rural, industrial and pointedly not Portland, but also a rapidly growing West Coast white-collar hub — as one of the eight key bellwethers around the country to watch in 2020.

We’re unpredictable around these parts. So are our voting patterns. We went from solid Democratic bloc in the 1990s, to a district that elected Donald Trump by 9 points, to a district that shrank Herrera Beutler’s lead from 20 points in 2016 to less than 5 points in 2018. And our not-quite-but-maybe-soon-to-become-a-swing district is also the only one on the Pacific Coast who continues to send a Republican to Capitol Hill after the blue wave swept the rest out of office in the last midterm election.

Long called us “independent-minded” in her NPR interview. Will that independence translate to retaining our anomaly of a congresswoman in November, or trying someone new? Inquiring minds, both inside and outside the district, want to know.