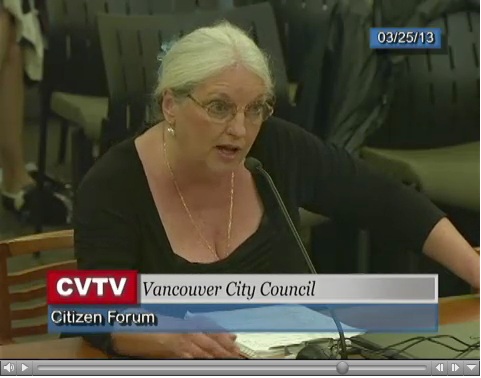 “You declared that people were paid to collect those signatures,” Crain said. “I would like you to prove it. People were not paid.”

Ha ha ha ha ha ha ha  — oh wait, she’s being serious. Since Leavitt later quoted from one of my articles, which described how the political action committee, Stopping Light Rail Stops Bridge Tolls, paid people to collect signatures, I feel like I need to show Crain the proof.

OK. I’ll go through this slowly, since she seemed so adamant. The state Public Disclosure Commission keeps an excellent, easy-to-search database. You start by taking a look at who formed the PAC. I know these didn’t reproduce well – in case you can’t make out the name, it’s your fellow failed legislative candidate, Debbie Peterson. Then you can look at who donates money and how the money is spent. Donors include Clark County Commissioners David Madore and Tom Mielke, the Clark County Republican Party, Portland resident Jim Karlock, failed Camas City Council candidate Margaret Tweet and her husband, Doug, and Anna Miller, Madore’s personal assistant. See below for just one page of donors. Below the list of donors, I’ve posted two sheets of expenditures. On the far-right column, under “description,” it either says, “Petition signature gatherers,” or “signature gatherers,” or a variation. Man, some Oregon people really made out, collecting signatures for this petition. No wonder so many people signed from outside of city limits. The signature gatherers probably didn’t know where the city limits are. Crain was right about one thing – she didn’t get paid. I went through several pages of expenditures, and she was not listed among those paid for their work. Sorry, Carolyn. But why pay you when you were willing to do it for free?

See, here are some of the donors (note Madore’s contribution was before he was a commissioner, so that’s why his political title isn’t listed.) Again, I know these are difficult to read, but you can go to the PDC’s website.