Art, hamburgers and the Turlays 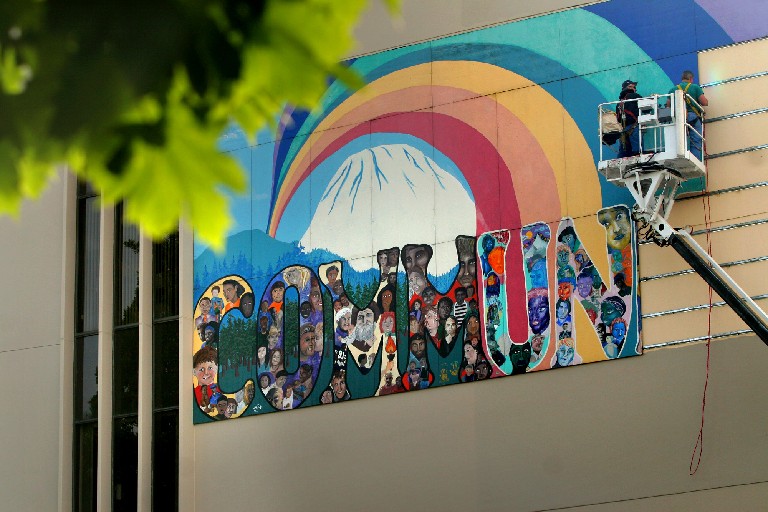 A motion to reestablish an Arts, Culture & Heritage Commission in Vancouver to the tune of $400,000 a year met some resistance from the Turlays this week.

Councilor Bill Turlay and his wife, Stephanie Turlay — who over the years has been outspoken at city council meetings about everything from dusty air leaving grime on her porch to low-flush toilets — seemed to be the sole opposition in the room, speaking out against reviving a public arts program that the city had left bereft back in 2005.

At the council meeting, Bill Turlay made a motion to postpone establishing the Public Development Authority, saying he’d like to gather more information — “I have some other sources that I’d like to go to,” he said. He did not clarify who his sources were or what information they might provide.

His motion failed to get a second, and died.

Then the public forum opened up, and Stephanie Turlay took to the dais with a metaphor that made me hungry.

“I want to ask you all something: If you had to go to the grocery store and buy hamburger and milk for your children, and you walk into that store and out of the corner of your eye you spotted a lemon meringue pie. Now you knew in your heart that what you needed to do was nourish your family, rather than fatten yourself — what would you do? And that, I think, is basically what you ladies and gentlemen have going on right now. You can either buy the hamburger and potatoes for the city, or you can buy the lemon meringue pie for yourself,” she told the council.

In case you missed it, the art is the pie. Public safety and roads is the hamburger and milk.

The wants versus needs question didn’t pick up much traction in the room. The remaining councilors asked some critical questions of Program Manager Jan Bader, but overall seemed nostalgic for Vancouver’s 90s-era artistic heyday. They were also optimistic about how a renaissance might prop up the current period of economic growth.

“I’m very excited about this commission. We have a very rich history, and it’s important we put focus as a city to commemorate that history and celebrate that history,” Councilor Linda Glover said.