A literary end to 2015 for Clark County council 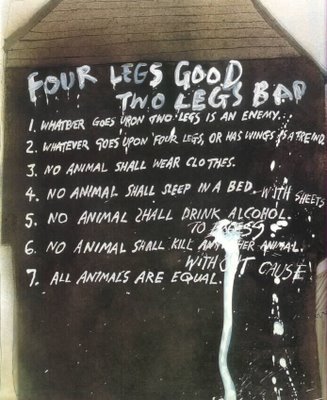 A coworker of mine on Tuesday described the Clark County council’s four-hour meeting as “Kafkaesque.”

It was an appropriate end to a meeting peppered with literary references. One-time Vancouver Port commissioner candidate Peter Harrison read. passages from Charles Dickens’ A Christmas Carol, for example. But the most interesting came from Councilor Jeanne Stewart painting an Orwellian picture of Councilor David Madore.

Stewart, like many of her fellow Republicans, is a well-known skeptic of light rail and bus rapid transit programs. But nine times Tuesday she abstained from voting for any of the Madore-led policies, even the ones whose substance she may have agreed with. It made for a predictable pattern. A couple people sang the council’s praises. A couple people slammed the council. Councilor Tom Mielke moved to approve whatever item was up. Madore would second. Stewart would abstain. The item would pass.

But Stewart’s opposition came to the meeting and its contents came to a peak during discussion of a bus rapid transit policy that would formally oppose all BRT projects unless first supported by a majority vote of the people. Stewart pointed out that the resolution—which, by the way, the council approved in January 2014, so this was round two of this one—requires councilors who sit on one of the numerous local transportation boards to uphold this policy in order to “faithfully represent the will of the people.”

“I’ll be honest with you, I’m trying to maintain my composure on this aspect,” Stewart said.

She went on to say “What’s ironic about this is that when I was a council member at the City of Vancouver, a policy was made there because I wasn’t in the ‘get-right room’ on light rail and the Columbia River Crossing. They created and voted for a policy that I could not sit on the C-Tran board unless I would go there and do the bidding of the other elected officials who disagreed with me.”

“And Mr. Madore,” she said, turning to her fellow councilor. “You’re the very person who came and protested that policy at the council and said it was unfair because of the terms. You said any elected official should be able to vote their conscious and not be ruled by the positions of other elected officials. We need to walk the walk.”

For context, Stewart was removed from the C-Tran board in 2011 after she ignored the council’s majority vote that voters should have been asked to approve a ballot measure preserving and expanding C-Tran bus services while providing money to operate light rail.

Madore argued semantics for a while, then Stewart came in with the knock-out punch—invoking a slightly off version of “Animal Farm,” George Orwell’s 1945 allegory.

“Chapter one,” she said. “No pig may sleep in a man’s bed. And in the final closing chapter, there was Napoleon, sleeping in the man’s bed.”

I don’t know that either Madore or the City of Vancouver council were wrong set policy asking its members to represent the council’s majority wishes at various other boards. Council members serve on C-Tran and other boards to represent the wishes of their respective bodies. By proxy in this case, it’s what voters have asked for.

But there remains irony in Madore’s actions here. Madore the Citizen firmly advocated for Stewart to have the freedom to represent what she as an individual felt was right back in 2011. Madore the Elected then turned around and stood for what he once opposed.

But, to build off of Stewart’s metaphor, I guess Napoleon stood pretty differently at the end of Animal Farm, too.