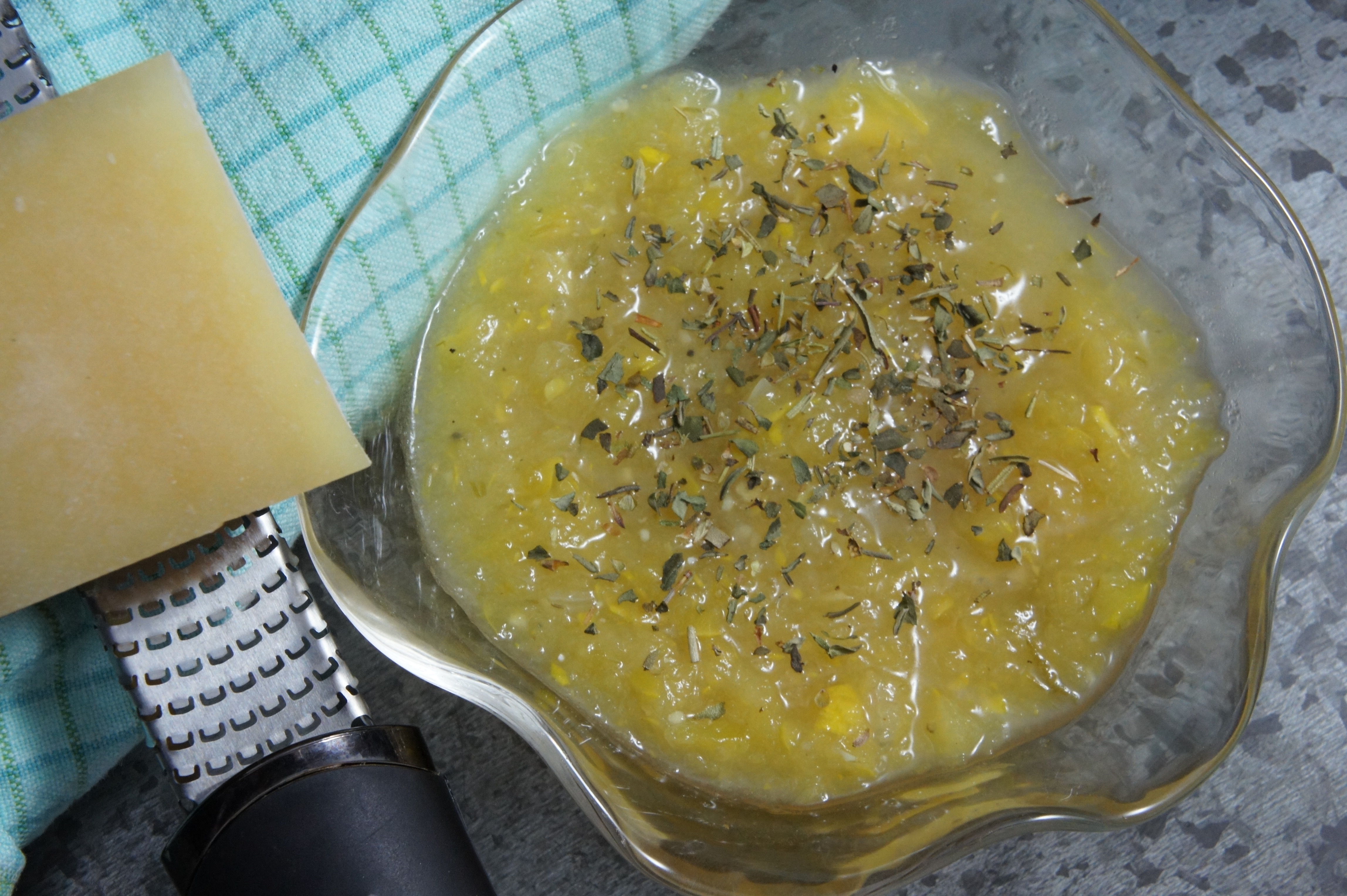 There are plenty of reasons to love gardening, but the one I like best is that it gives you something to share.  I love sharing anything I have a little extra of and sometimes I get to feel doubly good because someone will reciprocate and share some of what they have.

Last week, I was the lucky recipient of 2 huge yellow squash.  They sat on my kitchen counter for a few days while I tried to figure out just what to do with them.  A Google search of “what to do with yellow squash” yielded plenty of what I would expect, but what surprised me was that you can make soup out of yellow squash just the same way you make it out of green.   The basic recipe was easy, and all of the recipes I looked at were pretty much the same, but I did have to do a bit of adapting when it came to the squash.  I am fairly certain that when they called for two large yellow squash, they were not talking about anything grown in Washington.  If they were, this would be making a whole lot of soup.

I grabbed a knife and started slicing.  In no time I had a huge amount of delicious summery soup that I stored in a big canning jar in my fridge.  It was a great way to hold everyone off when dinner wasn’t ready fast enough and then provided several quick “fast food” meals when we were in a hurry and needed something to eat.  I deliberately didn’t add any spices or seasonings, so that I could change it and make it different every time I served it.  (Also, so everyone could make it the way they want!)  When I served it before dinner, I added some Pilpelchuma spice blend that I bought at Trader Joe’s.  It made the soup a little spicy, and gave it a “Oooh! What’s that?!” ethnic flavor.  Another time, I sprinkled a generous amount of Italian seasoning and some grated Parmesan cheese.  (A drizzle of fresh pesto would also be good!)  Wanting to give the soup some body, I left some of the squash chunky rather than pureeing fully.  You could also top with shredded or diced chicken or beef, if you wanted to make your soup more hearty.

Those squash were a gift that kept on giving.  Even after I had turned most of it into soup, I had enough left over to sauté in olive oil with some zucchini, garlic, salt and pepper for a quick side dish.  Later, I still had some to slice into ribbons for a quick squash salad.  But it was the soup that warmed my heart.  It was a beautiful, golden summery yellow and made me think of how nice it is when someone shares with you.

Coat bottom of large stockpot lightly with olive oil, adding butter and melting over low heat.  Stir in chopped onion and garlic and cook, stirring frequently until softened, about 5 minutes.  Add squash and continue to cook and stir frequently until softened, about another 7 to 10 minutes.  Add chicken broth, cover, and let simmer over a low to medium heat until the squash is very soft, 10 minutes or more.   Puree to desired smoothness using immersion blender, or in blender, working in 2 batches.  Season to taste with salt and freshly ground pepper.