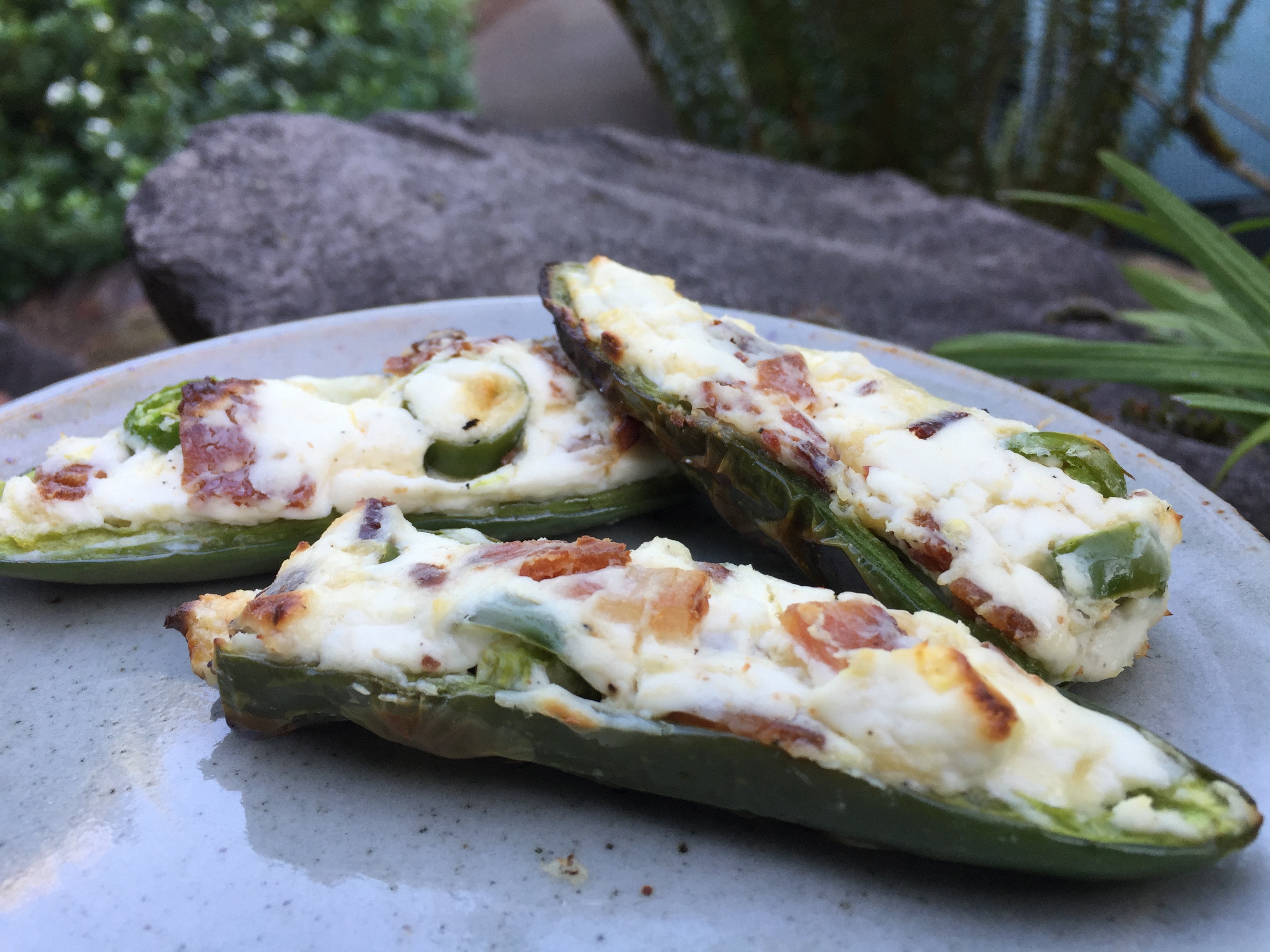 This recipe is not light (cheese…  bacon…), although I did use Neufchatel cheese.  In the interest of full disclosure, the Neufchatel was where I stopped and handed the bowl over to one of my sons.  This is what followed as he stirred some other things into my stuffed jalapeńo recipe, which I must say, I think he vastly improved.  These are super spicy, so beware if you are faint of heart.  They are amazingly good, too, because how can you go wrong with cheese?  And bacon…

Make sure to wear rubber gloves when handling the peppers.  Even though I did this, I still managed to get some of the pepper oil on one of my hands, which I discovered when I rubbed my eye.  Be careful!  You can leave the stems on when you slice the jalapeńos, or remove them altogether (his choice).  He also added some small cubes of English Coastal Cheddar and also some Cheddar with Carmelized Onions, both from Trader Joe’s.  Feel free to substitute other manufacturer’s versions of like-types of cheddar, which we have done with good results.  If you have a smoker, use it to smoke that bacon.  If not, just cook the bacon until it is fully cooked but still pliable enough to cut with a knife, about a medium crisp.

The super heat comes from those little Serrano peppers.  They can be as much as five times more spicy than a jalapeńo, so don’t be fooled by their size.  Use less of these or skip altogether if you can’t take the heat.  You will still get plenty of spicy from the jalapeńos.  You may be able to stuff more, or less, jalapeńos depending on how generously you fill them.  Because we used fairly large jalapeńos, we ended up with 26 stuffed halves.  Go ahead and buy a few extra jalapeńos.  You can always make salsa.