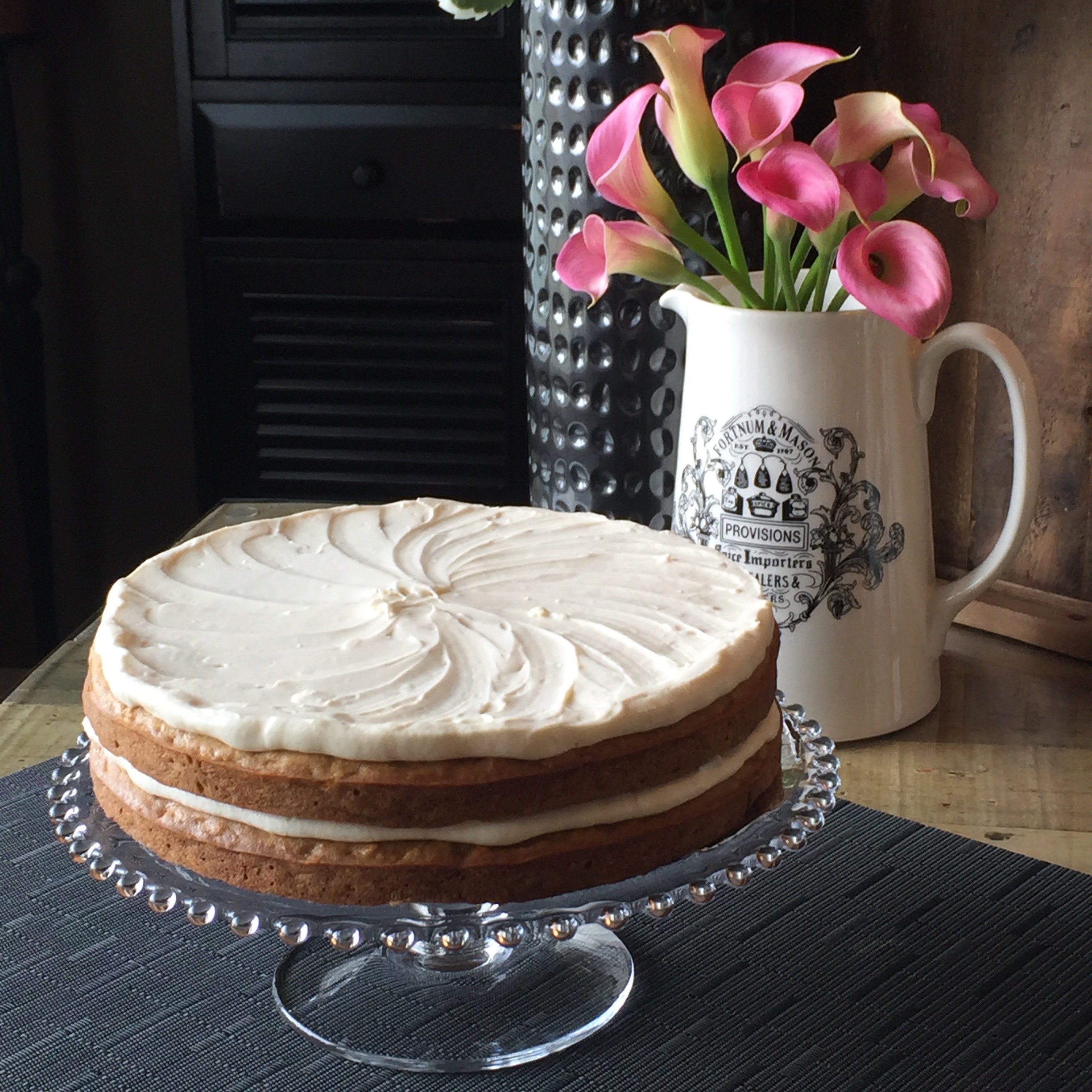 I originally posted this recipe back in 2016.  It has less fat, less sugar, and is from my favorite little gluten free bakery in Seattle, the Flying Apron.  Here is the recipe as it appears in the Flying Apron’s Gluten Free and Vegan Baking Book, as well as a few modifications I made. Some bunny is going to be happy you made this.  Happy Easter!

Pour batter into prepared pans and bake until a toothpick inserted into the center comes out clean, about 40 minutes.  Once cake has cooled, remove from pans.  Assemble, frosting the top of each layer with cream cheese frosting.

In a large bowl, beat butter and cream cheese together until creamy and well combined.  Add vanilla extract and 1/2 cup of agave nectar, and continue to mix.  Taste and add additional agave if desired.

I used coconut oil in place of the canola, and used 1 cup water and 1 cup of coconut milk.  I used a lot more carrot – 3 cups – but only used about 3/4 cup of agave.  I cut the shredded coconut back to 1 cup, and omitted the walnuts for my allergy person.  Left the raisins out.  Not a big fan of raisins in carrot cake.  I opted for traditional cream cheese frosting rather than using the recipe suggested in the cookbook.  Cake was delicious!