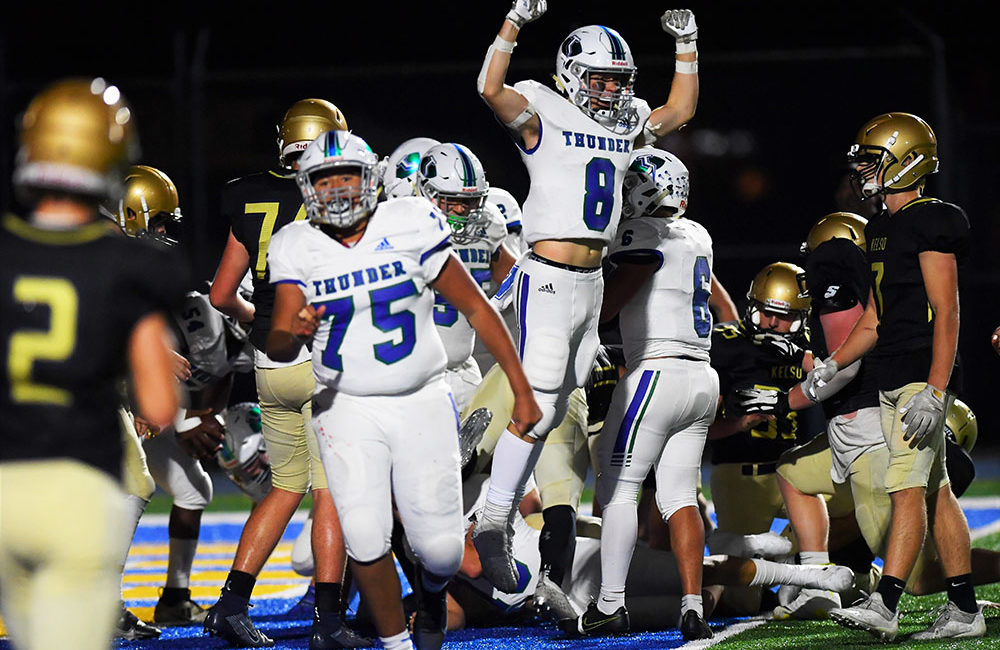 Friday’s night Mountain View-Kelso matchup was such a great game with so many pivotal moments.

But with the thrilling end and the milestone victory for Mountain View coach Adam Mathieson, it’s hard to get all those moments into a game story.

So here is a rundown of key moments from the Thunder’s 20-17 victory in Kelso.

If you want to watch the key plays, here is the YouTube link.