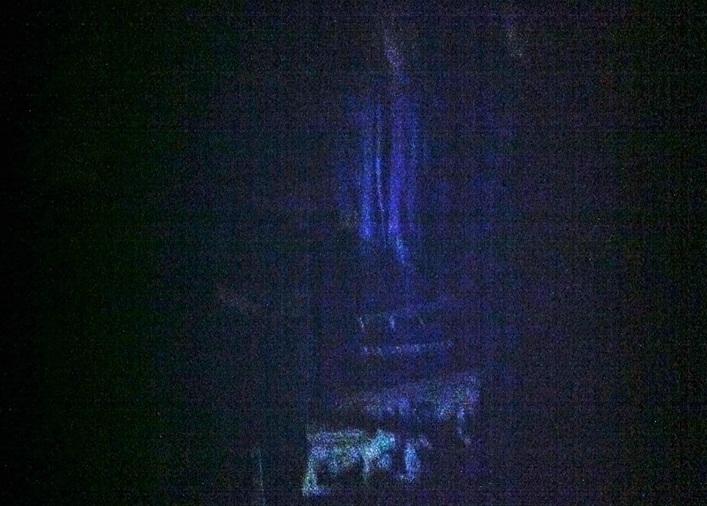 Here’s a strange tale from Dave Garcia about a ghost walk he took, and photographed, in Portland: I took this photo while on a ghost tour in October, 2011.

I felt like someone was behind me, so I turned around, no one was there but I took a photo of the rock wall with my cell, no flash.

Later someone asked who was there when they saw the picture.

I said no one was, so I lightened the photo a bit, this was there.

There is no way anyone could even be standing there, it was a rock wall with some old junk in front of it… Strange.

I clearly see a figure and a second face next to it.