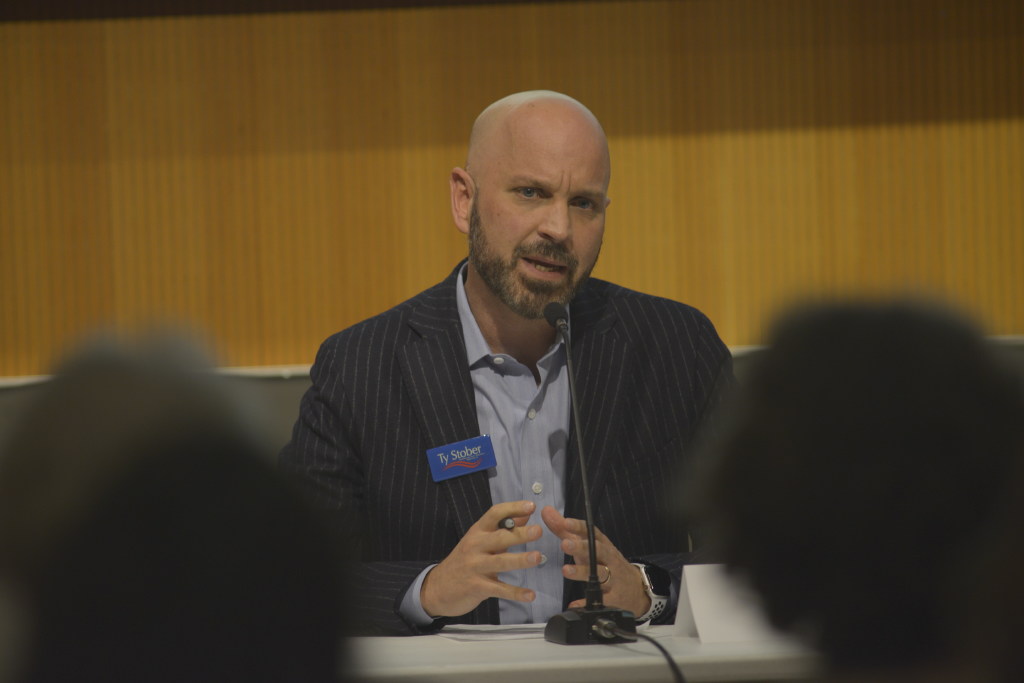 Ty Stober is running for city council, but you wouldn’t know it to look at his fundraising numbers.

In his bid for reelection to Vancouver City Council Position 5, Stober has so far raised just over $61,000, according to filings with the Public Disclosure Commission as of Friday.

For a local race, that’s an almost comically huge number. It more than quadruples anyone else running for a Vancouver council seat — his challenger, David Regan, has raised $12,744. Sarah Fox and Jeanne Stewart, racing for Position 6, have just shy of $10,000 apiece. Erik Paulsen, seeking to defend his Position 2 chair, has raised $12,247. Paulsen’s challenger, Maureen McGoldrick, has raised less than $5,000 and therefore isn’t required to disclose to the PDC.

This isn’t the first time Stober has dwarfed his fellow city council candidates’ war chests. When he first sought the seat in 2015, he raised $62,436 — more than double that of his challenger, or anybody else in the running for the council.

So who is all this money coming from?

The PDC fundraising data show his top donors include:

Six other individuals donated $1,000. In total, the PDC reports Stober has received 397 individual donations ranging from $20 to $2,000, including in-kind donations from Stober himself and others.

I called Stober to inquire about his fundraising strategy. How does he get so many donors?

“It’s probably better for me to address this philosophically. I raise money for two reasons. One, I can only get to a certain number of doors. I can’t get to but a very small portion of the total doors I need to in order to be very successful in a campaign,” Stober said. “I need financial resources to do the advertising, do the direct mail pieces.”

“Two, for me, having a diverse funding network, a diverse group of funders, communicates broad support of my campaign and who I am and what I’m trying to do.”

“It’s October,” Stober said. “Until people have ballots in their hand, they’re really not paying attention. All this fundraising is going toward those last three weeks.”