State of the City bingo! 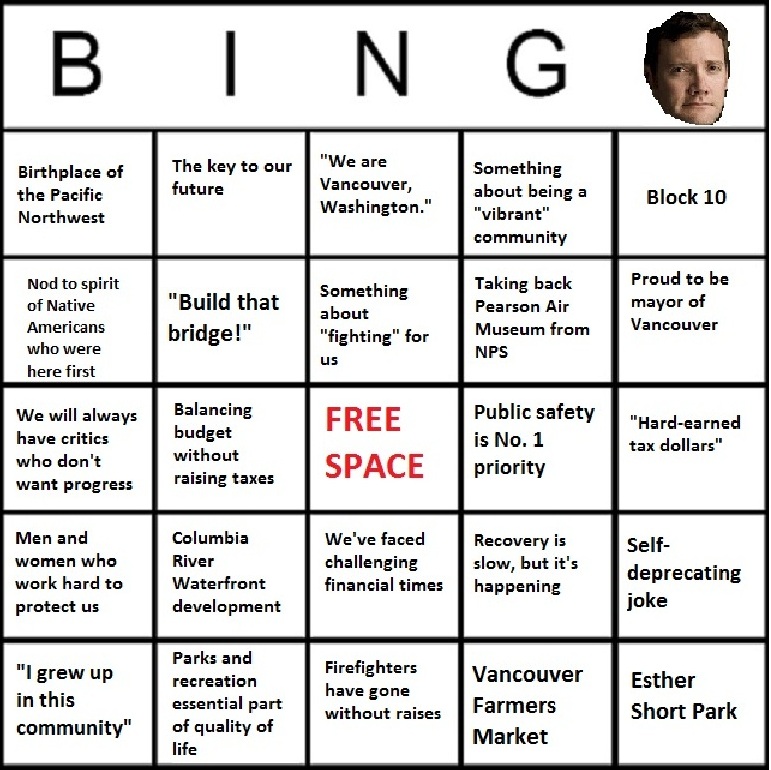 After Erik Hidle came up with State of the County bingo, I thought maybe I would try to create a drinking game for the State of the City address. But the city address starts at 10. In the morning. What are we, Las Vegas? So bingo it is. Hidle had to channel all three county commissioners, but as far as I know, Wednesday’s event might as well be subtitled  “The Mayor Tim Leavitt Show.” And you know he’ll be bringing his A game, as he’s up for re-election this year.

I promise I haven’t seen an advance copy of his speech, but I did cover last year’s State of the City address and have sat through countless hours of workshops and meetings.