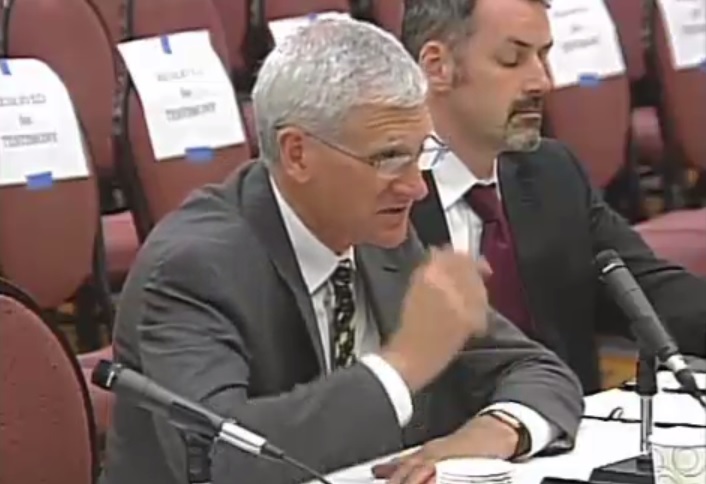 Toward the end of last week’s seven-hour Vancouver City Council meeting, councilors questioned if they were participating in a record-long meeting.

No, said City Attorney Ted Gathe. The meeting on the oil-by-rail resolutions set a record for attendance, with about 700 people filling the Heritage Ballroom at the Hilton, but the longest meeting was in 1995. Last week’s meeting ran from 6:30 p.m. Monday to 1:30 a.m. Tuesday; the 1995 meeting was 90 minutes longer and didn’t end until 3:30 a.m.

Here’s an excerpt from the article. The Columbian was an afternoon paper back then, so the news was fresh on Aug. 8, 1995:

Vancouver officials this morning agreed to add as much as $2,773 to the cost of each new home in the city to pay for the parks and roads demanded by new subdivisions.

The ordinance adopted at a marathon City Council meeting includes an additional $931-per-house school impact fee for a small area on the city’s east side that falls in the Evergreen School District. Monday’s City Council meeting began at 7 p.m. Despite pleas for postponement from a couple of council members, the meeting stretched on with a final vote on the new fees at 3:30 a.m. today.

Adopted in a 4-3 vote, new impact fees for parks will range from $667 to $1,501 per home, depending on the area. The fees adopted for transportation will range from $184 to $1,272 per home. The maximum combined fees would be $2,773, not counting the school impact fee.
Impact fees are charged to home builders, who either absorb or pass on the additional cost.

The council later discussed setting a time limit on meetings. From an Aug. 17, 1995 story by former reporter Sherri Nee:

Councilman Mike Wilson said setting limits would set a dangerous precedent.
“We’re here to do the citizens’ business,” he said, adding that occasional long meetings let the public know the council is dealing with meaningful issues.
Mayor Bruce Hagensen, and council members Pat Jollota and Rose Besserman also called a limit unnecessary.
But council members Linda Horowitz, Royce Pollard and Dan Tonkovich say they would favor a limit.
Horowitz called the Aug. 7 meeting absurd. She and Tonkovich tried a few times to get the council to postpone the meeting because both had to be at work early that morning.
While Pollard voted to continue the meeting Aug. 7, he wants limits discussed.
“Both we and the citizens lose the ability to concentrate after a certain time,” he said. “About midnight, we should be ready to close up shop.”

During Pollard’s time as mayor, the council adopted a policy that requires a vote at 11 p.m. to extend a meeting, Gathe said. Last week, the vote passed unanimously.

Here’s Chief Assistant City Attorney Bronson Potter toward the end of last week’s meeting, with City Manager Eric Holmes. I’m not sure Holmes, an early riser who by this point had been up for 20 hours, would have made it an extra 90 minutes.