Stop me if you’ve heard this one … 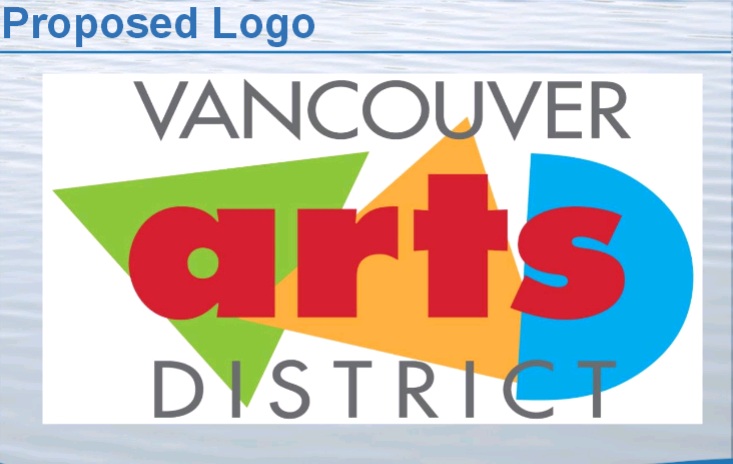 Monday’s Vancouver City Council workshop about a proposed arts district in downtown sounded familiar even before it began. I had to think wayyy back and search our archives for stories bearing my maiden name, but, yes, there it was. I had been here before. It was in the old city hall, with a different council and different people talking to the council, but the gist was the same.

Three years ago, the Vancouver Cultural Commission was handed a daunting task: End years of disorganization among arts groups and dramatically improve the public’s awareness of cultural programs.
At a workshop with the City Council Monday, the commission’s blueprints were met with a warm initial reaction from council members.
The long-awaited “cultural plan” calls for promoting, funding and enhancing the city’s arts and heritage programs.
“I feel like a proud mother,” said Councilwoman Linda Horowitz, a longtime supporter of the arts community. “I’ve watched arts try again and again to come forward. And now you’re not just bumbling forward, but you’ve come up with something really strong.”
Her gushing prompted Mayor Royce Pollard to joke, “Maybe you’d like to tell us how you really feel.”
The council will discuss the plan further and ask for public comment in upcoming months.

This time, the presentation, by Lee Rafferty of Vancouver’s Downtown Association and Maureen Andrade of North Bank Gallery, focused on a defined district (15th Street to the north, Sixth Street to the south, Esther Street to the west and Fort Vancouver Way to the east.) All the council has to do, at least initially, is pass a resolution to create the district, and install signs at the entrances to the district plus new street sign toppers, said Jan Bader, the city’s program and policy development manager. Bader said the city has some money from the sale of the Columbia Arts Center that could be used to support the district.

Having a designated arts district will help with grant applications, but what else will really change?

In another story from 1997, “In Portland’s shadow,” I mentioned a performance staged at a downtown Vancouver theater had to be canceled because nobody showed up to watch. An excerpt from that story:

Arts groups this side of the river are in a tough spot, trying to convince Clark County they’re worth watching when professional groups are a 20-minute drive.
Portland has a lot to offer. World-class exhibits at The Portland Art Museum. Nights in classy Arlene Schnitzer Concert Hall, listening to the Oregon Symphony. Watching the Portland Opera or Oregon Ballet Theatre or touring Broadway productions at the Civic Auditorium. Any number of high-profile music groups at the Rose Garden or Memorial Coliseum.
What about Clark County? Vancouver is a city of 126,000 in a county of 300,000. Shouldn’t residents have more entertainment at their disposal than 20 movie screens — none of which show independent, “art-house” films unless they’re up for a Best Picture Oscar — and more than 30 video rental stores? “Culturally, I think most people feel we are way behind where we should be,” said Richard Woolridge, president of the board for the Vancouver Symphony Orchestra. “Clark County is effectively competing with other counties to attract industries here when it comes to building roads and offering services.       “But when it comes to culture, that support is lagging,” Woolridge said.

Andrade said Monday the idea of a defined arts district in downtown was first mentioned in 1997, and said the idea has persisted for 17 years because it’s a good one.

Other cities across the country have formed arts districts because it encourages tourism, she said, and attracts compatible businesses such as restaurants and pubs that benefit from the flow of foot traffic.

As Councilor Larry Smith noted, Vancouver has changed a lot since the ’90s. Now people just watch shows on Netflix. I’m kidding! He didn’t say that.

“You stay here long enough you see things go around,” said Smith, who used to work for the city. He said timing is everything, and now downtown has the energy — more restaurants, more art galleries, more bars — to support an arts district.

“I certainly think the city of Vancouver has matured quite a bit,” he said, citing the popular Vancouver Farmers Market and well-attended summer concert series in Esther Short Park.

“I really applaud this, I think it’s a good direction to go,” Smith said.

Every other member of the council gushed about the arts district, too — even Councilor Bill Turlay. And if Turlay doesn’t express a concern about something, nobody will. He shared that he loves Shakespeare, and instead of traveling to London or Ashland, he’d like to see the Bard’s plays staged in Vancouver.

He was informed that the Magenta Theater, 606 Main St., is staging Romeo & Juliet in April.

The city council will adopt the resolution to create the district April 28, and it will be celebrated at the Vancouver Downtown Association’s “First Friday Downtown” on May 2. An “Arts District Concept Plan,” is scheduled to be completed by 2016.