Sign of the times: ‘Put up or shut up’ 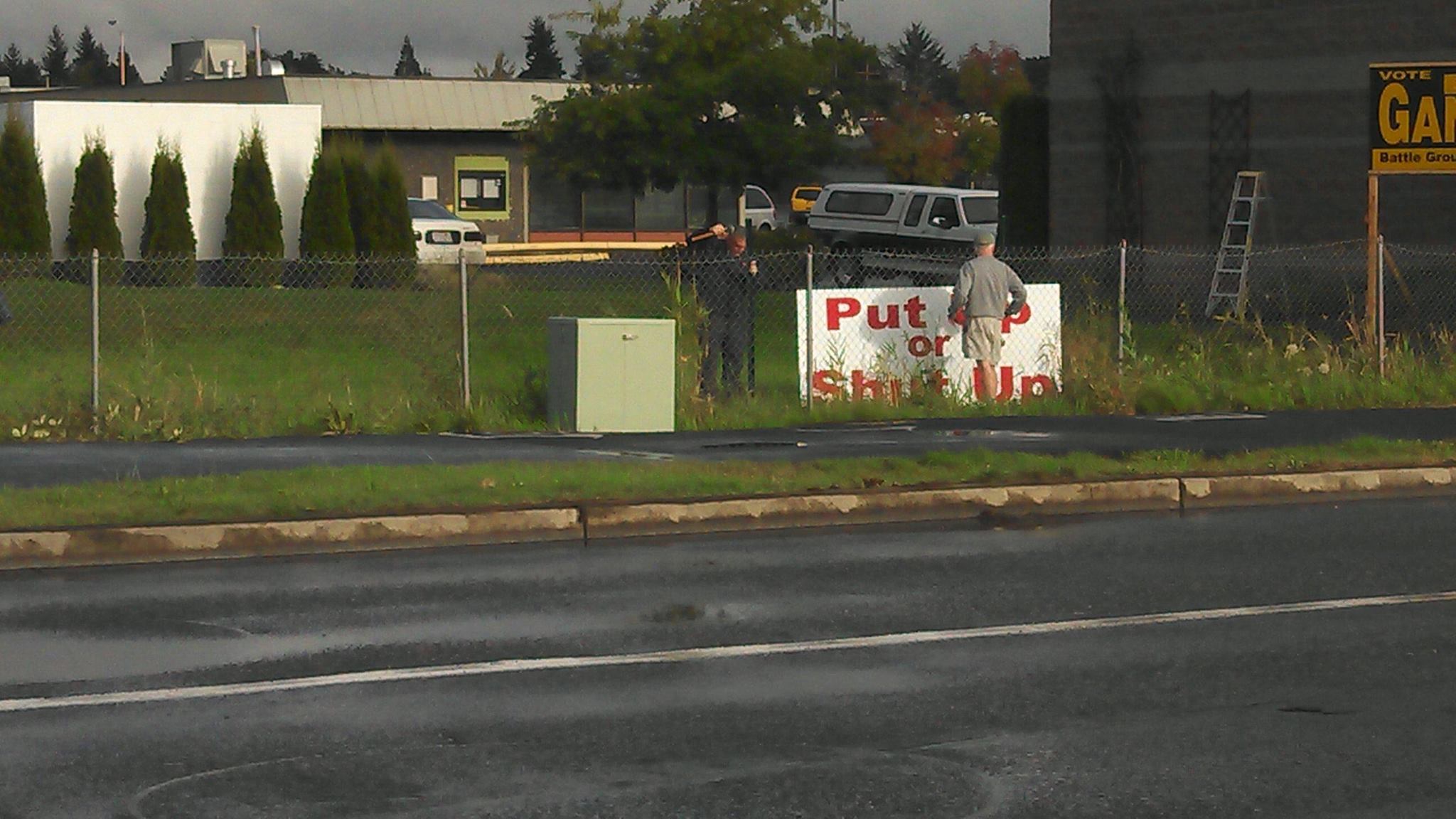 A Battle Ground tipster passes along a photo purportedly of Battle Ground councilmen Philip Johnson and Shane Bowman erecting a sign displaying Johnson’s now-famous rallying cry of “Put up or shut up,” one of many memorable lines he directed at council colleagues Adrian Cortes and Mike Ciraulo at last week’s City Council meeting. As the article about the dust up notes, Johnson was livid over a column Ciraulo and Cortes authored that questioned whether the city’s other councilors violated Washington’s Open Meetings Act by conferring in secret about an ordinance tweaking how the council appoints the mayor. The Columbian’s Stephanie Rice, who’s witnessed plenty of city government dysfunction, offers her unique take here on the kerfuffle — a great word, and in this case an apt one.

In an email today, Johnson said he was displaying the sign because his name had been besmirched and he wasn’t going to back down from his colleagues’ vague allegations of wrongdoing. “I take my name and honor very seriously,” Johnson wrote, “and I am willing to defend it against any charge they may have.”

He said he’s still waiting for Ciraulo and Cortes to state their case in a “coherent” fashion. Hence: Put up or shut up.

The sign isn’t exactly a resounding gauntlet throwing, but it is clear that Johnson demands satisfaction. Guns at dawn are probably out of the question, though.

Johnson said he simply wants to make it clear he hasn’t “done anything outside the law.”

In a way, the sign — sans context — is very forward thinking, akin to guerrilla marketing. But it begs the question: What’s next? T-shirts with Johnson’s zinger about Cortes’ hormonal deficiencies? (“You don’t have the testosterone to call anyone out.”) Coffee mugs emblazoned with Johnson’s favorite Merle Haggard paraphrase? ( “When you’re running down my character, you’re walking on the fighting side of me.”) There are undoubtedly more opportunities available for Johnson to get out his message if he’s interested.