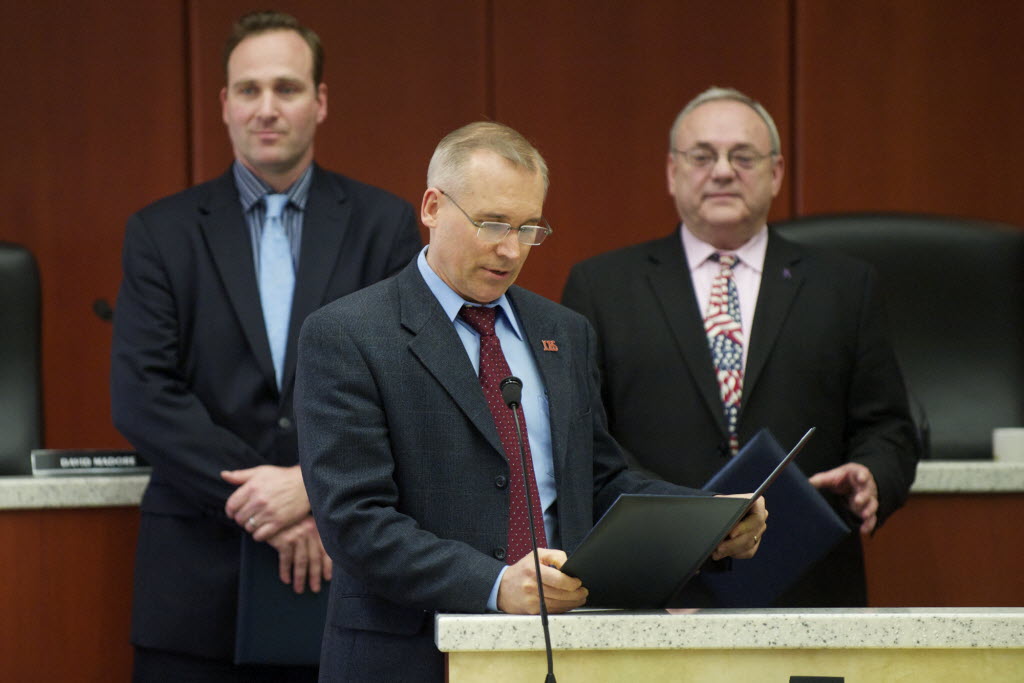 In Erik Hidle’s Sunday stories about Commissioner David Madore’s first 90 days in office and the status of his campaign promises, we published in the paper a photograph of Madore and fellow commissioners Tom Mielke and Steve Stuart. Stuart, the lone Democrat, looked like he’s trying to go to his happy place. But even better were pics taken by photographer Steven Lane that didn’t make it into the paper. So of course we’ll share them here. We had a few ideas what was going through Big Stu’s mind, based on his expression. For clarity, we’ll just call the first photo “Happy Place” and this next one, which was published online but not in print, “Daggers.” Finally, there’s one that reminds us of the 2010 photo of “Sad Keanu” that went viral. We’ll call this one, “Sad Big Stu.”