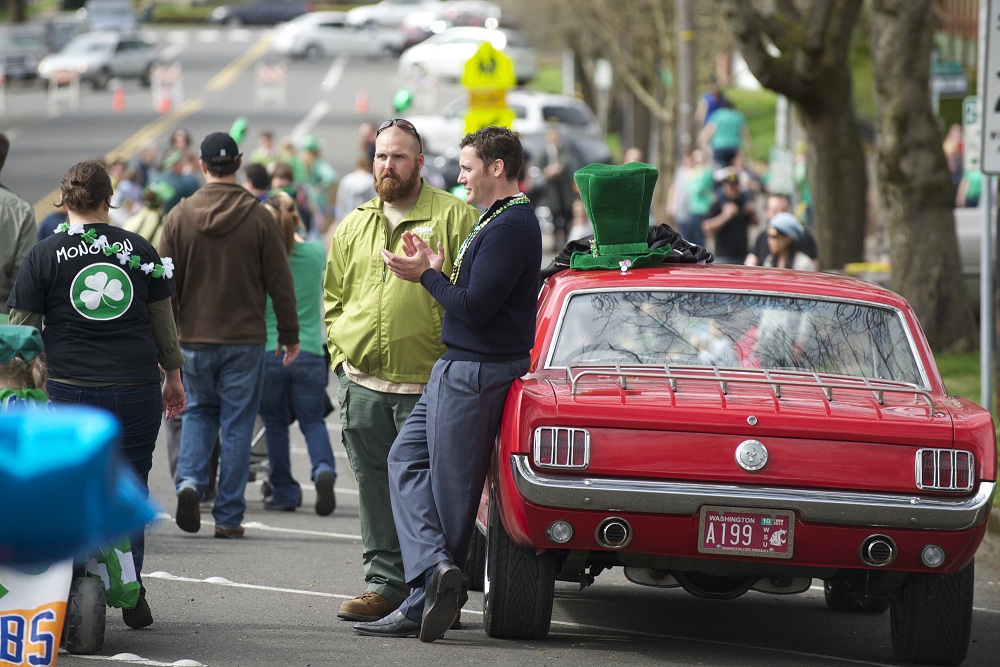 Since we’re not stalkers, I didn’t know what type of car Mayor Tim Leavitt drives. Then photographer Steve Lane showed me this gem that he took after the Paddy Hough Parade.

I would have never guessed he drives a Mustang, but he said he bought one about six months ago. Is he having a mid-life crisis? Are men who wear pleated pants allowed to drive Mustangs? Is that a muscle sweater, to go along with his muscle car? I can’t answer any of those questions. All I can do is offer my apologies to the late Wilson Pickett and post a video of one of his classics — feel free to sing along, and make up your own words to suit “Mustang Timmy.”