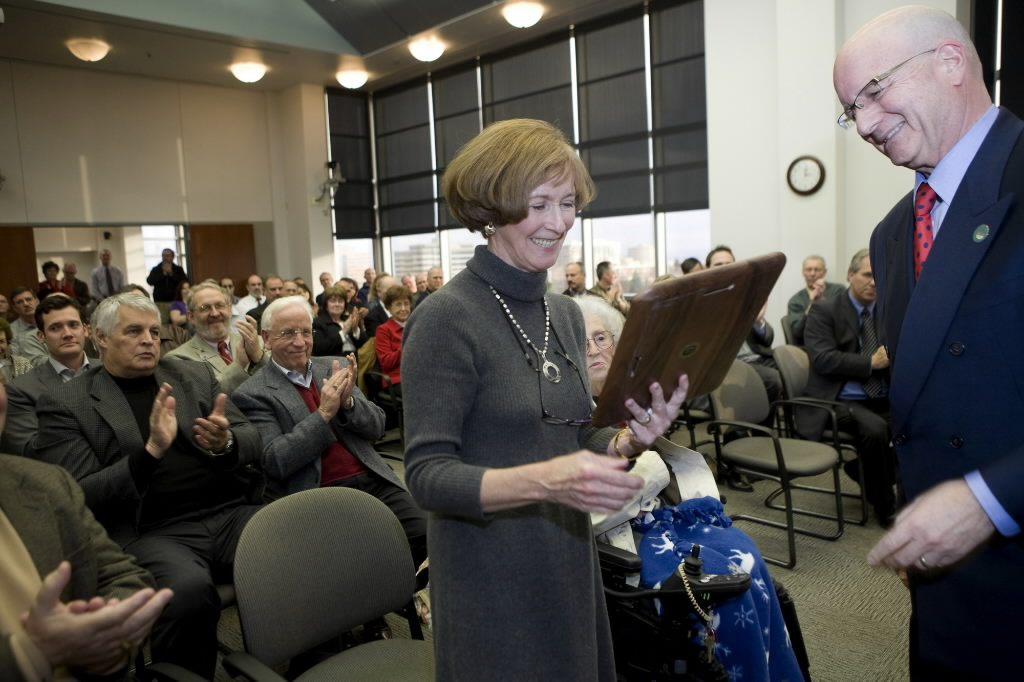 Former Clark County Administrator Bill Barron’s final day on the job was Tuesday. We already ran a final story on Barron, but there’s still one thing left to say about the man’s tenure at the county: he never made the story about himself.

Barron took the job 14 years ago. The Columbian archives document his hire in an Oct. 18, 1998 piece titled “Illinois man tapped as county chief.”

June 8, 2005
Bill Barron, Clark County adminstrator, makes his long, melted cheese face in the funhouse mirror while student partner Robert Dearda studies his own mug. Downtown Rotary Club sponsored a pizza party and fun day for kids and their partners in the Lunch Buddy program to end the school year.

That hiring story, the story I wrote about his announced retirement, and the final exit interview, are the only three stories I can find that are actually about Barron. He was mentioned or quoted in nearly 400 Columbian articles during his tenure at the county, and those were always on county business. A few of the stories had to do with his salary, but those focused on the economy and county pay, not on Barron himself.

Before he announced his retirement in May, The Columbian archives had three pictures of Barron and one mug shot. Those are presented here with their original publication dates and captions.

For an administrator, not making the paper is a big deal. That accomplishment generally means you didn’t get in trouble or engage in anything sketchy. It also means you did a good job of giving others credit for the work done as a group.

“That was always the goal,” Barron said when I asked him about this in his final days.

Fourteen years doesn’t seem like all that much when you first kick it around, but consider that when Barron took the job the world had just begun to fret over the Y2K computer bug, that Google had been founded just a month earlier, and that the Seattle Seahawks current starting Quarterback, Russell Wilson, had just started fifth grade.

It would be nigh impossible for me to conduct a search in our archives that accurately conveys how many stories were written on Clark County since Oct. 18, 1998, but the number is definitely in the thousands. And Barron was in about 400 of those. And he had three pictures and a mug shot. Because “that was always the goal.”