Will third time be a charm for Mielke? 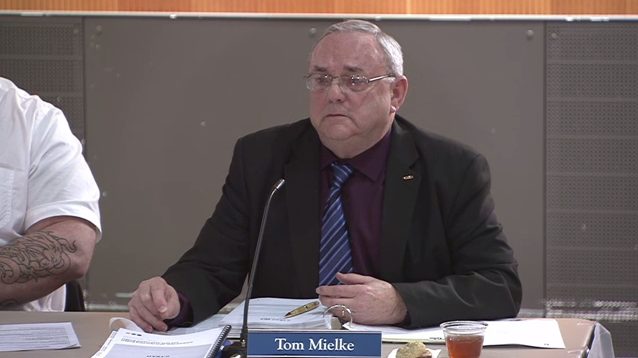 It appears Clark County Councilor Tom Mielke will run for reelection after all.

Mielke told The Reflector and Camas-Washougal Post Record that he is, indeed, running to keep his seat in District 4 for a third term, which covers rural east Clark County including the cities of Camas, Washougal and Battle Ground.

“Normally by this time we’re up and rolling pretty good but I’m sitting in a good position,” the 73-year-old told The Reflector this week. “I don’t feel any threats.”

Mielke does have the name recognition in rural Clark County, but he hasn’t run since district boundaries were changed with the implementation of the Home Rule Charter that expanded the Clark County council to five members.

He didn’t do so hot in that district in the race for Clark County council chair, though keep in mind that it may not be fair to try to make predictions about this year’s race based on a countywide race flush with conservative candidates.

It appears Mielke’s popularity may be slipping countywide, as well. Overall, Mielke received 6.35 percent of the votes for county chair.