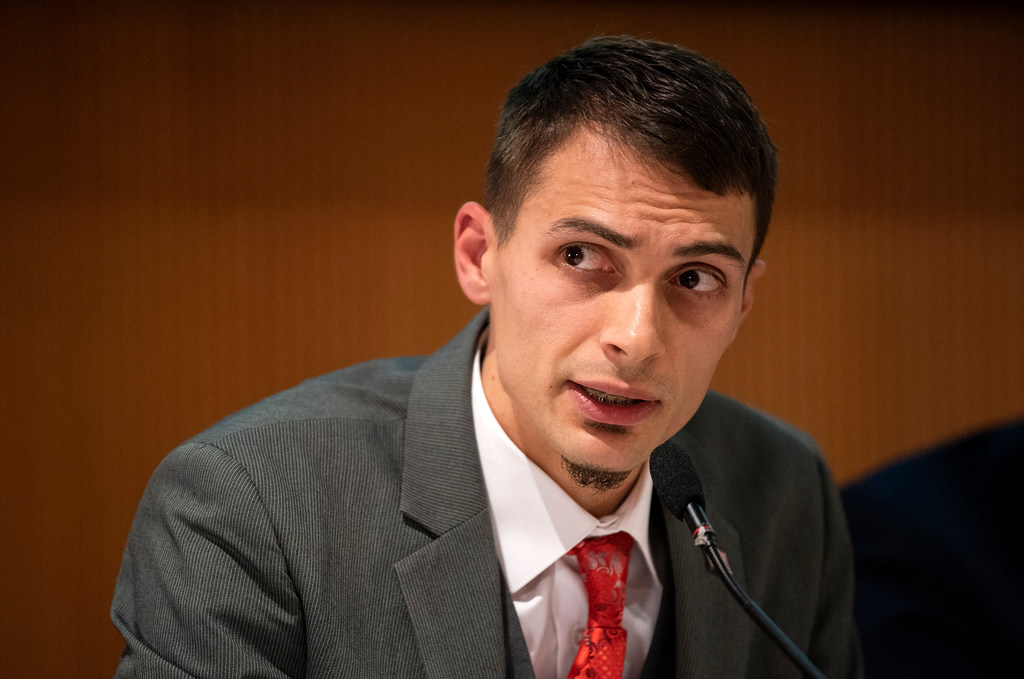 Forsman, who has a felony conviction, filed a petition against the State of Washington for restoration of firearm rights in Clark County Superior Court on Nov. 20.

The Vancouver resident had lost his ability to legally own a firearm after a series of property crimes he committed as a juvenile escalated to first-degree trafficking of stolen property in 2008, for which he served 2 years behind bars. In 2012, Forsman was convicted of third-degree driving with a suspended license.

In 2016, he petitioned a judge to restore his firearms rights and was denied. The judge ruled that Forsman had not gone the necessary length of time without criminal charges, rendering him ineligible for a firearm until December 2018. Forsman then announced that he was going to sue the judge who denied his petition.

Reached for comment Friday, Forsman said that he’s technically been eligible to restore his firearm rights for almost a year. But he’s been busy with his small business and running for office, he said, and “they don’t just restore themselves.”

“It’s very hard to do this thing on your own,” said Forsman, who also said he is not using an attorney. These court filings “aren’t really the No. 1 thing for my priorities right now, but they are something that’s important for me,” he added.

“The RCW that has kept me from my rights is unconstitutional,” Forsman said.

In his past petitions for firearm restoration, Forsman has argued that rights like the 2nd Amendment can’t be revoked by the government, and come from a “supreme ruler.”

“These rights were not given to us by the government, therefore the government cannot take them away,” he said in YouTube video in which he asked viewers for $10,000 to cover his legal fees.

Most recently, he ran to unseat Position 2 Vancouver City Councilor Erik Paulsen, but was defeated in the Aug. 6 primary. He campaigned on an anti-establishment, anti-taxes and anti-fluoride platform— the city’s elected officials, he told The Columbian in May, “just raise taxes and just kind of sit there.” He said he’d like to abolish city taxes altogether, instead raising money through a voluntary tin collection model.

Since the election, his Twitter feed has been a mashup of fringe conspiracy theories and criticism of Vancouver’s leadership, with the occasional selfie or animal video.