Do you want to pay for streets? The city council wants to know. 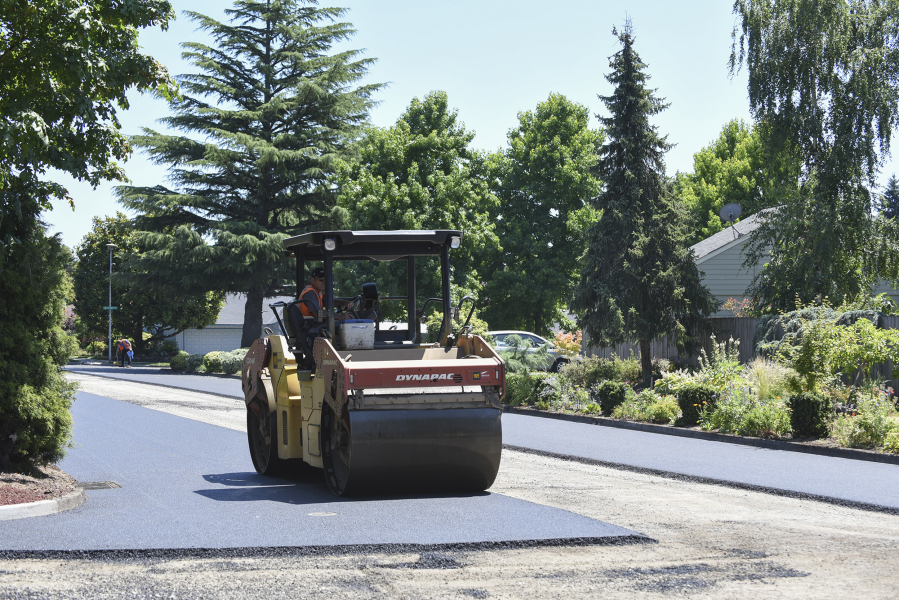 When Initiative 976 passed in November, it stripped cities of their ability to collect fees on car tabs. In Vancouver, specifically, I-976 torpedoed the Transportation Benefit District, a program that leverages car tab fees to allocate about $11 million per year for pavement repair and maintenance.

At this week’s city council meeting, councilors discussed how to backfill those transportation dollars and come up with a new way to pay for street funding. But before they could do that, they had to answer a more fundamental question:

Do their constituents even want them to?

“We should respect the vote of the citizens. It passed, what, 61 percent in Clark County?” Councilor Laurie Lebowsky pointed out.

“I wonder if people understood what they were voting for,” she added.

Councilor Erik Paulsen recommended a public outreach campaign to get a sense of how people feel about paying for street maintenance, before city leaders try looking for other ways to fund it.

“I think there’s work to be done there before there’s talk about replacement revenue sources,” Paulsen said.

“I do believe our citizens want to be good stewards of our assets, of our streets,” Glover said.

“I think there was frustration in how those taxes were perceived,” she added. “I think we need to listen to that message.”

Complicating the situation, A Stronger Vancouver is just a few months from the finish line. After years of development and outreach, the package — which would raise property taxes, employee surcharge fees, and other miscellaneous expenses to pay for a sweeping series of investments in homelessness services, law enforcement, public art and other programs — is slated for the November 2020 ballot.

A Stronger Vancouver doesn’t address road maintenance. When it was first conceptualized, City Manager Eric Holmes said, it didn’t have to. The city already had a way of funding streets. It used car tab fees.

Now, councilors agreed, Stronger Vancouver has a branding problem. How do you put forward a proposal that raises taxes, but doesn’t address the most urgent, glaring shortfall after the passage of I-976? Alternatively, is it fair to let the street funding issue take over Stronger Vancouver, a project that’s been the subject of so much discussion and citizen feedback?

“We’ve been working on the Stronger Vancouver message for almost two years. I think if we change that message or add something to it, it loses that trust that we’ve begun to develop with the community,” Glover said.

“I believe it should be a separate discussion,” Lebowsky agreed. “If citizens were not happy with what was done with car tab fees, then find another way to fund the streets.”