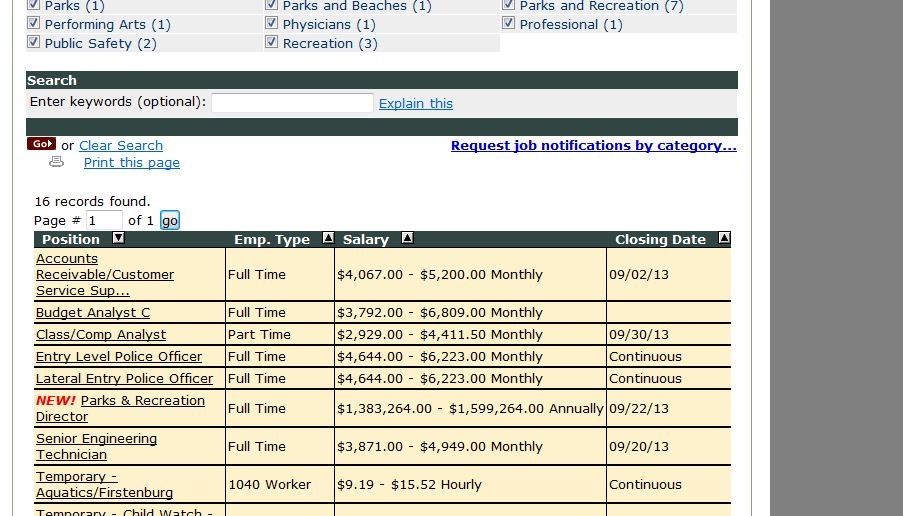 Still, such an amusing error should not go unnoticed. Check out the listed salary for the new parks and rec director! I posted this screen shot on Twitter last week, prompting Fire Chief Joe Molina to question his value to the city and former Parks and Rec Director Pete Mayer to say he has resubmitted his application. Someone wondered if that price is to play one on TV, which led me to briefly imagine how enjoyable parks and rec workshops would be if this guy was hired: Sadly, Ron Swanson (from NBC’s Parks and Recreation) really is too good to be true.

The real salary range is $9,606 to $11,106 a month ($115,272 to $133,272 annually), and the job closes Sept. 22. Unlike certain director positions in the county, directors of city departments must apply to the city’s human resources office and be vetted to make sure they meet posted qualifications.