Austin’s Graffiti Park not a solution to vandalism 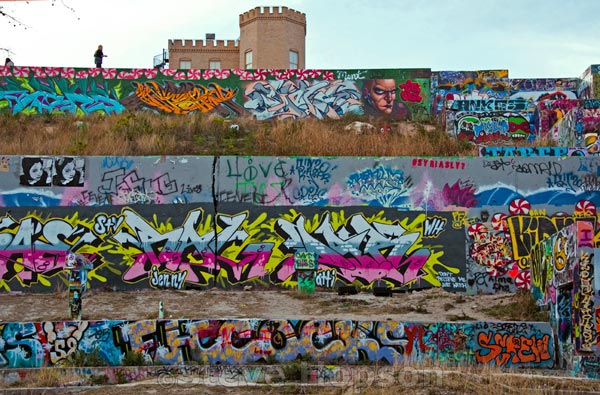 Bart Hansen, the backpack-carrying Vancouver City Councilor whose earnestness sometimes causes me secondhand embarrassment, always wants to be the cool dad on the council.

While other councilors were agreeing Monday to take steps to fight graffiti, Hansen threw out this idea: What about a graffiti park, like the one in Austin, Texas? Graffiti is art — unauthorized art, yes, but art nonetheless, Hansen said. Instead of trying to stop vandalism, why not encourage the artists? Give them a place to express themselves that can be shared with everyone?

Actually, the “graffiti park” in Austin isn’t a city park. It’s an abandoned building site where property owners have allowed graffiti, and it became popular and the city decided to leave it alone. One online review cautions visitors: “The ‘park’ is not maintained by the city, so be wary of poison ivy and other possible hazards.”

And having a sanctioned place for graffiti hasn’t made the problem of unwanted markings disappear. The city of Austin spends $500,000 a year on graffiti removal, according to an April 16 article from UT Austin’s School of Journalism.

Hansen’s idea went nowhere on Monday. City law clerk Alana Iturbide, who has been researching what other cities have done to curb graffiti, said cities that do provide sanctioned spaces for graffiti haven’t found relief. She said it actually increases graffiti in the area, because it doesn’t remain confined to the sanctioned space.