A drive down memory lane 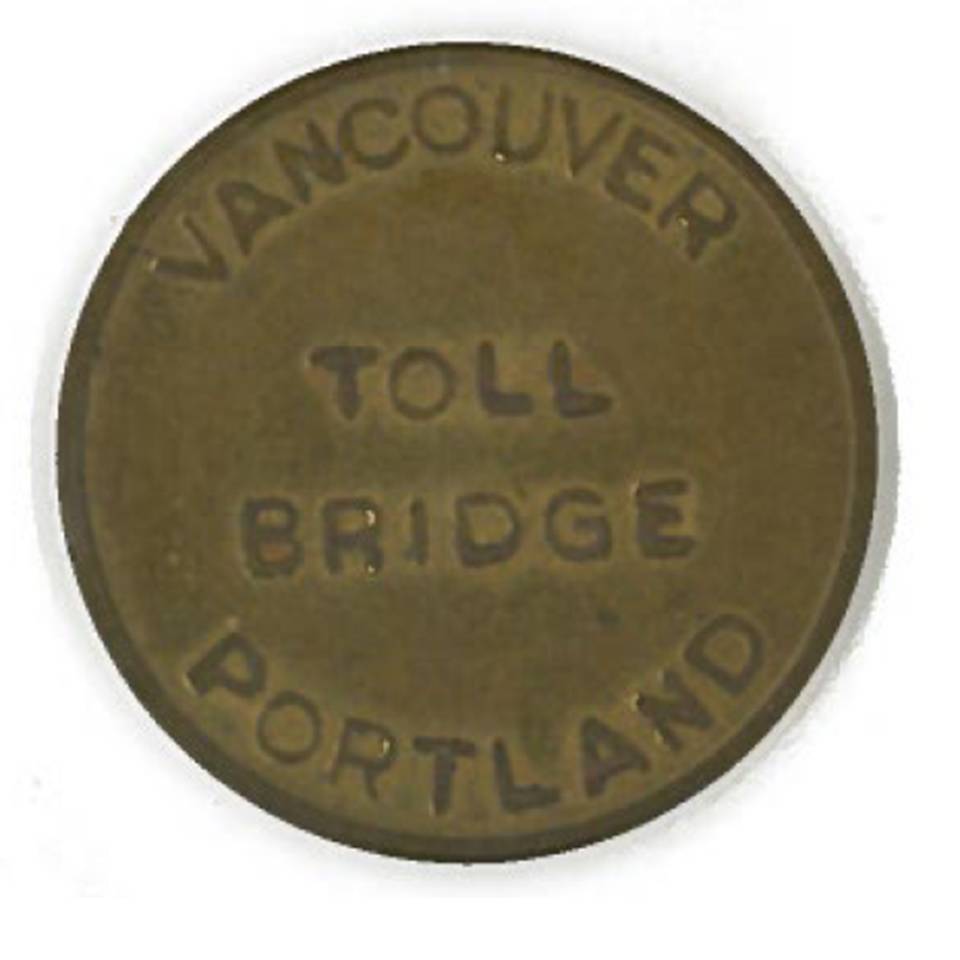 Pop quiz: Anyone recognize this? Ron Onslow does. That’s an old token for the Interstate 5 Bridge (back when it was called the Vancouver-Portland Toll Bridge), and the Ridgefield mayor was among those toll-paying drivers in the 1960s.

Onslow gave the C-Tran board a history lesson during last weekend’s meeting on light rail and the Columbia River Crossing. As board members each weighed in on the topic, Onslow, sitting in for La Center Mayor Jim Irish on the board, took the opportunity for a walk down memory lane.

He clarified: “I wasn’t there when it was built.”

Before the second (southbound) span of the I-5 Bridge opened in 1958, the original structure had four lanes crammed into it, Onslow said. That made for a tight squeeze at times, when many cars were, um, less compact than today’s models. Or as Onslow put it, “when we drove boats.”

Onslow said he remembers driving a ’55 Chevy over the original bridge.

“I had to close my eyes because I knew I was going to scrape the side on the right, and I knew that the truck on my left was going to hit me,” he said.

Onslow, a CRC supporter, noted some parallels between today and those days. The second span took many years and, he said, ran into a lot of opposition before it got built. And at one point, the bridge connecting Vancouver and Portland did have (gasp!) rail on it, Onslow said. A streetcar used to cross the Columbia River before it was eventually removed.

Once tolling began in 1960, the charge was 20 cents. Gas cost 19 cents per gallon at the time, Onslow said. On the CRC, one recent analysis projects a peak-hour toll of $3.62 each way. The average price of gas today: $3.69 per gallon in Washington, according to AAA.

Of course, C-Tran hasn’t decided what it’s going to do about light rail yet. But as long as we’re in the way-back machine, I’d like to point out that one of the top songs of 1960 was Joe Jones’ “You Talk Too Much.”