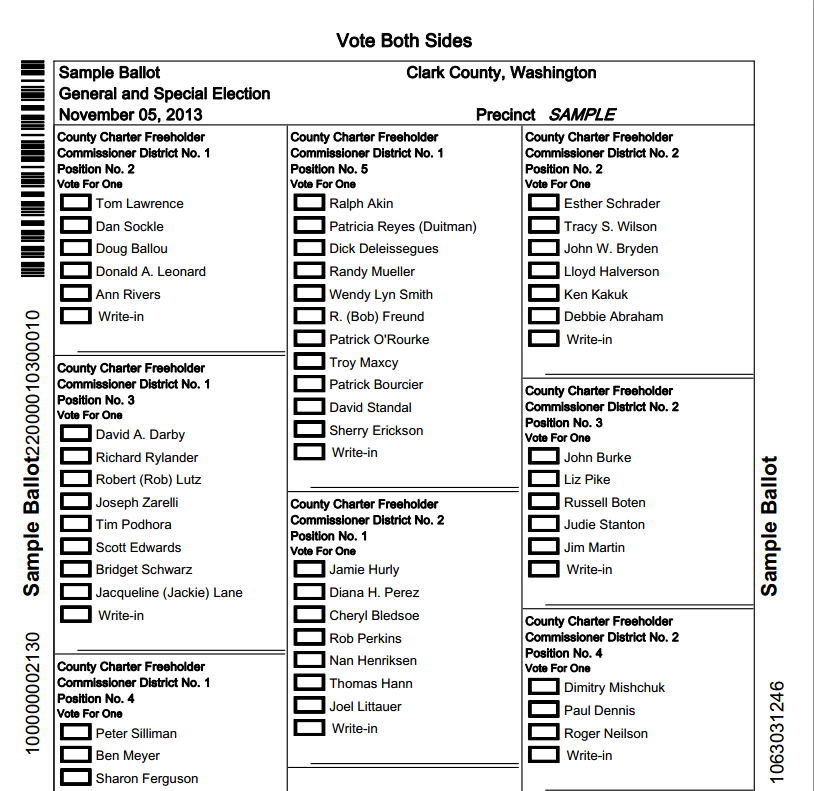 Overwhelmed by the number of freeholder candidates on your ballot? Longing for advice from your favorite political party? Your decision might have gotten easier, depending on your political stripes.

The Clark County Democratic Party has a list of endorsements in freeholder races listed on its website. Among them are well known candidates such as former state legislator Val Ogden and current state Rep. Jim Moeller, D-Vancouver.

“We could list those who we believe are good Republicans, but in many races that would be almost half of those running,” the county GOP posted on its website. “We would recommend reading the candidate statements, visit their websites if they have them and contact them directly.”

The nonpartisan board of freeholders will draft a new county charter, which would be offered back to voters for approval as soon as November 2014. The new charter would allow the county to be governed by its own set of rules, as long as those rules don’t conflict with the U.S. or Washington state constitutions, or state laws. Freeholder positions are unpaid.

According to the GOP’s website, party members have a variety of opinions on what a county charter should look like, so they were unable to agree on which candidates to support.

Here’s who the Democrats are endorsing in the freeholder races: