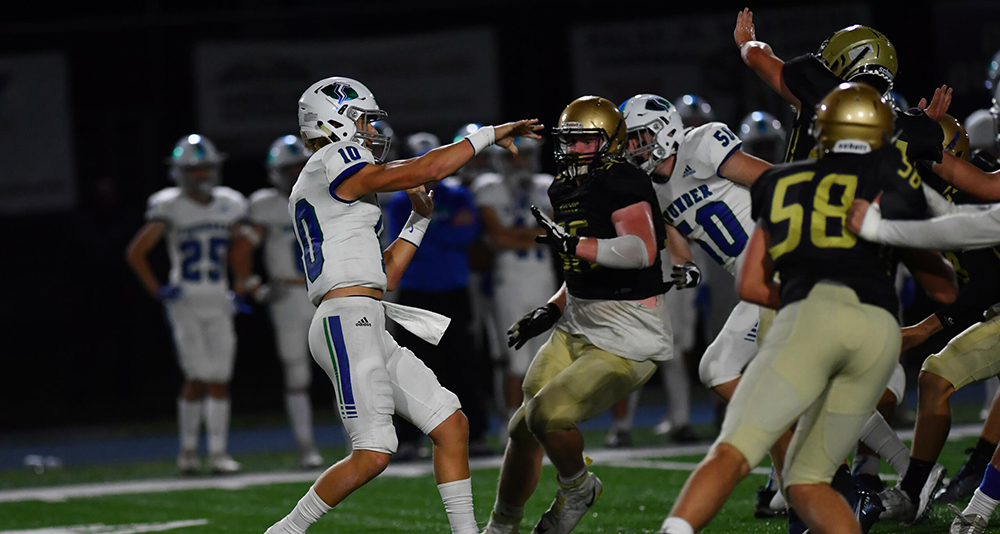 Our picks last week also included our first perfect score of the season, and several others that were pretty darn close to perfect.

Here is how it broke down game-by-game:

Here are preview caps for Week 7 with predictions and links to livestreams (don’t get caught getting scammed; these have all been validated).

Game notes: A big league showdown, like it is most every year. For Kelso, a win likely will seal up a playoff berth, if Evergreen follows up with a win over Heritage. Then the Hilanders can set their sights on a Oct. 28 meeting with Evergreen for the league title. A loss and Kelso will need a win over Evergreen to keep its postseason hopes alive. For Mountain View, a win keeps in the mix for a playoff berth and potentially a league title. A loss would put those hopes on thin ice, requiring a specific set of outcomes in the next two weeks to keep the Thunder alive.

Game notes: After a non-league loss last week, Evergreen is looking to get back on track in league play. The Plainsmen will look to avoid injury as their season will hinge on games in the next weeks (Prairie and Kelso). Heritage is just looking for something positive after playing five running-clock games this season.

Game notes: Woodland can clinch a district playoff berth with a win, plus wins this week by Washougal, Mark Morris and Ridgefield. The Beavers finish the season with games against Ridgefield and Mark Morris, and a fourth league win would ensure that Woodland would hold the tiebreaker over River. A loss would mean the Beavers could still have some work to do. Hudson’s Bay would be very close to being eliminated from postseason contention with a loss.

What: 4A Greater St. Helens League

Game notes: This is the league opener for both teams. Camas has won all 11 meetings with the Storm since the Papermakers joined the 4A GSHL in 2012, including a 2016 state quarterfinal meeting. But the last three meetings have been very competitive. The last time Camas visited Kiggins Bowl, the Papermakers escaped with a 21-17 win before marching their way to the 4A state title. Camas QB Taylor Ioane is second in the area with 1,454 passing yards and 17 touchdowns. But Camas showed last week it can move the ball on the ground, rushing for 300 yards. Reid Tennant had 175 yards and three TDs last week. Skyview QB Jake Kennedy averages about 172 yards passing a game, but he hasn’t been called on to do a whole lot in lopsided wins the passes two weeks. The Storm are well rested for this matchup that could determine the league title.

Game notes: While Union had a hard time stopping Stanwood’s wing-T running attack last week, the Titans’ offense did not skip a beat after AJ Attaran, normally a receiver, stepped in at quarterback in place of starter Tyson Fuehrer and threw for 396 yards and three touchdowns. After running all over Heritage three weeks ago, Battle Ground has had problems stopping teams as well, giving up 54 to Mount Tahoma and 52 to Lakes. So the matchup with the Titans should be a challenge.

Game notes: Prairie could kick off this game knowing that its playoff hopes are all but erased, if Mountain View and Evergreen win on Thursday. The Falcons will be rooting for a Kelso win. But mostly, the Falcons are looking for something positive after three straight losses that followed a 3-0 start. Corvallis provides that opportunity. The Spartans are giving up an average of 42 points a game this season. This game is a homecoming for Prairie coach Will Ephraim, who played defensive back at Oregon State from 1991-94.

Game notes: This is a game between two programs having two different seasons. A win for Mark Morris would clinch the Monarchs’ first six win season since 2013. Meanwhile, a loss by Hockinson would mark the first time the Hawks have lost five games in a season since 2010. It would also put Hockinson on the precipice of not advancing to the playoffs for the first time since 2013. The Monarch have been rolling along with their star running back Deaon Dietz not going full speed. After rushing 30 times in a win over Columbia River in Week 3, Dietz has not carried the ball more than eight times in any of the three games since. The Hawks have been leaning heavily on QB Jarod Oldham, who has thrown for 1,277 yards and 13 touchdowns but also has been susceptible to turnovers.

Game notes: Washougal clinches a playoff berth with a win. The Panthers would also be assured of playing for the league title in Week 9, regardless of what happens next week against Columbia River. The Panthers were able to turn some of the offensive load over to Liam Atkin last week, as he rushed for 132 yards and two touchdowns. QB Holden Bea leads the region in passing with 1,511 yards and 17 touchdowns. R.A. Long has allowed four of its last five opponents to score at least 40 points. So a matchup with the Panthers, who have scored at least 33 points in five of six games this season, will not be a good one for the Lumberjacks.

Game notes: This game could help decide the playoff teams in the 2A GSHL from the also rans. Both teams sit at 2-2 right in the middle of the league standings. Columbia River is coming off its most complete game of the season. The Rapids got big contributions from all over the field, including a pair of interception returns for touchdowns. If River can keep the burden off QB Adam Watts, they could repeat a performance from last week. This is a season-defining game for Ridgefield. The Spudders came into the season with sights set on another league title. But after back-to-back losses to Washougal and Mark Morris, the Spudders are now fighting for a postseason spot. A win this week could put Ridgefield on a path to play for the coveted No. 3 seed (avoiding a Week 10 matchup with Tumwater) in Week 9 with Woodland.

What: 1A Trico League game

Game notes: Seton Catholic opened this season with thoughts of being in the mix for a Trico League title. But injuries have tested the Cougars’ depth, and they were not able to contain Castle Rock last week. Now the youthful Cougars face an even bigger test against the experienced and sizable Wildcats. La Center is coming off an emotional comeback win on the road at Mount Baker, and the Wildcats now look to roll through the Trico schedule.

Game notes: Columbia-White Salmon’s offensive woes continued last week. The Bruins have failed to score more than eight points in five of six games this season. And they’ll need more than that to keep up with Stephen Ibsen and the Castle Rock offense. Castle Rock has turned to Trevor Rogen to handle the quarterback duties, so Stephen Ibsen can focus on just running the ball. Ibsen rushed for 152 yards and a touchdown last week.

What: Central 2B League game

Game notes: Onalaska is not the state power it was in previous seasons. But last week’s win over Kalama showed the Loggers can still be a productive team. Stevenson’s schedule has now turned to the Central 2B League foes, which has not worked out well for the Bulldogs. It’s one of the reasons Stevenson will be returning to the Trico League next season.

What: Central 2B League game.

Game notes: Wahkiakum got within 22-14 of Toledo last week before the Riverhawks pulled away. Kalama’s offense continues to improve week to week. Sophomore quarterback Adam Brown threw the ball 54 times last week, passing for 274 yards, in an effort to keep up with Onalaska. The Chinooks shouldn’t have to throw it that much to keep up with the Mules.