Announcement regarding counties phase status not expected until Tuesday 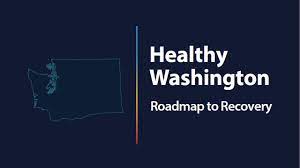 May 3 was the date many high school basketball and wrestling coaches had circled on their calendars.

That was the date the state was planning to reassess data regarding if counties would remain at Phase 3 of the state’s reopening plan, or revert to Phase 2.

However, any announcement about changes in counties’ phase status is not expected until Tuesday, Seattle TV station KING-5 reported.

Under state protocols, sports like basketball and wrestling can only hold competitions in counties that are in Phase 3. On April 16, Cowlitz County was pushed back to Phase 2, while Clark County remained at Phase 3.

According to reporting by KING-5, six western Washington counties were failing both metrics as of April 25 — King, Kitsap, Lewis, Pacific, Snohomish and Skagit.

KING-5 also reported that Clark County was missing the case rate threshold as of April 25, but was still below the hospitalization rate.

For Cowlitz County, KING-5 was reporting the county remained above the threshold for hospitalization, but it’s case-rate had fallen below the threshold.

However, according Healthy Washington: Roadmap to Recovery report of April 12, a county that is currently at Phase 2 needs to reach both metrics to return to Phase 3. So that’s not good news for Cowlitz County basketball and wrestling athletes.