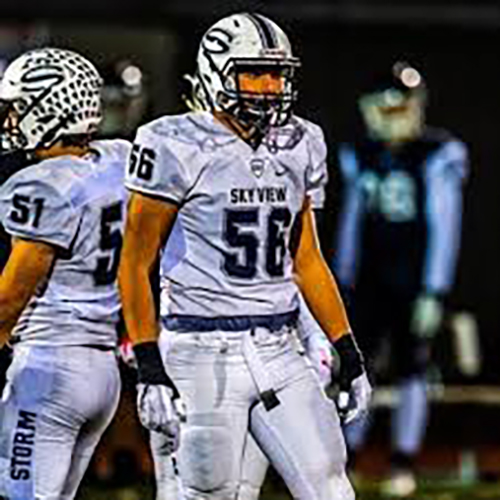 Skyview lineman Brett Gray announced Tuesday he has made a verbal commitment to play football for Valparaiso.

“I have blessed with this opportunity to play (Division 1) college football,” Gray posted on social media Tuesday. “And with that being said, I have decided to commit to Valparaiso University. Go Crusaders.”

Valparaiso, located in Indiana, plays football at the Division 1 FCS level. Valpo went 1-11 in 2019 and plans to play in the Pioneer Football League in the spring of 2021.

Gray was one of the more pursued football recruits in Southwest Washington. The 6-foot-4, 260-pound tackle/defensive end has spent the past year bulking up. He was listed at 235 pounds last season for the Storm.

“First off, I would like to thank my family and close friends for believing in me and helping me achieve my goals,” Gray said. “They have been very supportive of me along this journey. I feel like this is a very important decision and was very difficult because I enjoyed meeting so many new people along this process.”