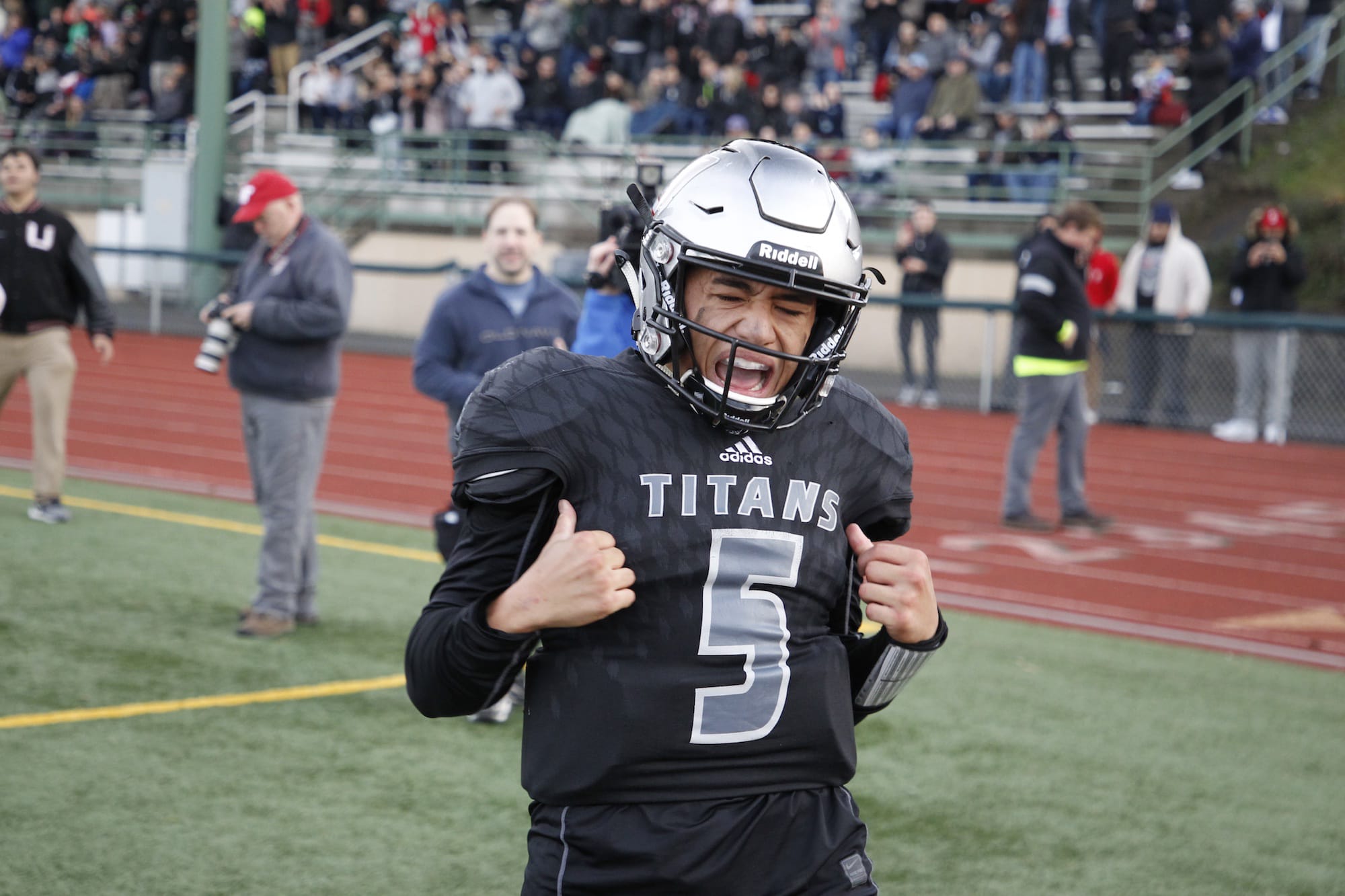 Our Friday Night Flashback series, spotlighting some of the most memorable high school football games in Southwest Washington, will move to postseason games beginning in November.

And we are looking for readers’ help in selecting the final six games in this series.

Here are some suggestions of games we are considering. If there is another game, particularly playoff games from before 2000, that you would like to see spotlighted, let us know by leaving us a comment.

Next week, we will put these nominees up for a vote to help us select which games will plan to spotlight.

Nov. 23, 2019 – Hockinson 29, Lakewood 28 – Levi Crum’s pass to Liam Mallory gave the Hawks the late lead after Cody Wheeler’s TD run. Then Andre Northrup sealed the win with his interception in the 2A state quarterinfals.

Nov. 24, 2018 – Hockinson 27, Liberty 24 — Sawyer Racanelli’s 1-yard touchdown run in the fourth quarter complete a comeback from a 24-7 deficity as the Hawks returned to the 2A state title game.

Nov. 17, 2018 – Mountain View 7, Rainier Beach 6 — The Thunder used their defense to make a 7-6 first quarter lead — created by a blocked extra-point kick — stand to win this 3A state quarterfinal.

Nov. 18, 2017 – La Center 41, Cascade Christian 35, 3OT — Hayden Williamson’s 5-yard touchdown run gave La Center the lead, then the Wildcats earned the win with a stop on the 1 on fourth down of the third overtime of a 1A state quarterfinal.

Nov. 7, 2014 – Skyview 34, Skyline 31, 2OT — After erasing a 31-10 deficit to force overtime, Braden Hadfield’s field goal and a goal-line stand in the second overtime gave the Storm a 4A state preliminary playoff win.

2014 – Hockinson 24, Black Hills 21 — Down 21-0 in the fourth quarter, the Hawks rallied with touchdowns by Joe Davis and Austen Johnson before Quentin Bodenhamer’s field goal won it the 2A state preliminary playoff.

Nov. 22, 2008 – Union 21, Ferndale 14 — Ferndale was attempting a long field goal with seconds left in a tie game. But Dex Homer blocked the kick and Mitch Saylor returned for a touchdown and the victory in the 3A state quarterfinals.

Nov. 27, 2004 – Evergreen 31, Gonzaga Prep 30 — After Taylor Rank’s touchdown gave the Plainsmen the lead, Evergreen got interceptions from Bryan DeAngelo and David Reinikka to preserve the win in the 4A state semifinals.

Nov. 10, 1995 — Evergreen 28, North Kitsap 14 –– Coach Jon Eagle got his first state playoff win but not without an adventure. One of the team buses was involved in a crash en route to the game and the entire team had to crowd onto one bus to complete the trip.

Got a suggestion for more nominees? Let us know.