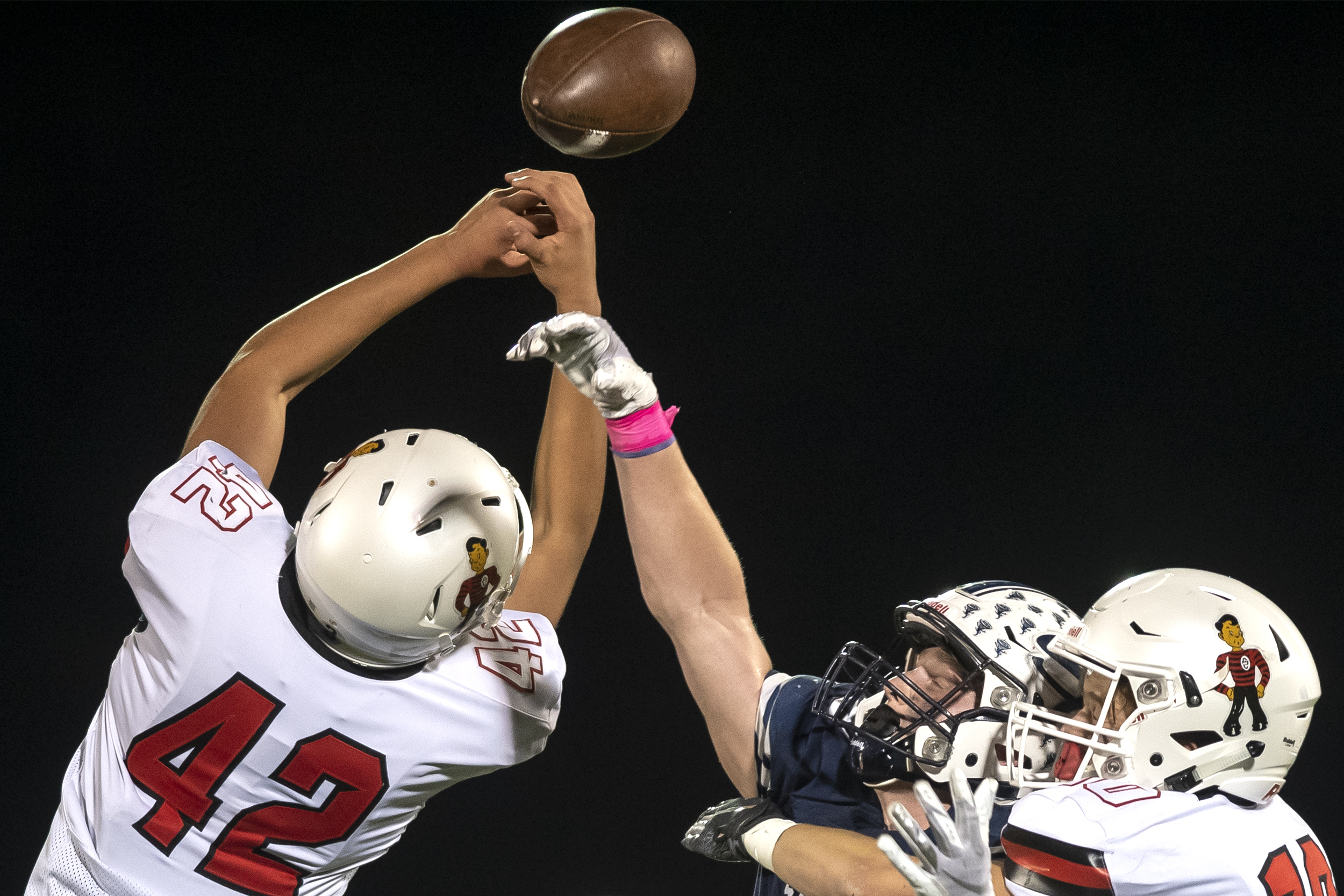 This fall, every Friday and for every Saturday paper from Sept. 4 through Dec. 4 — during the time what would have been the 2020 fall high school football season — The Columbian will be looking back and spotlight a memorable game from the past in Southwest Washington.

We are calling on fans to offer up suggestions about which games they would like to see spotlighted.

We are starting with regular-season game (both non-league and league) before moving to playoff games in late October or early November.

So keep those suggestions coming!!!

Here are some of the regular-season matchups of the past that have been suggested so far:

2019: Camas 21, Skyview 17 — After Camas loses its starting quarterback and running back to injury, Skyview rallies within four and was threatening to take a lead in the fourth quarter, but a controversial fumble at the goal line ended that hope. Camas would go on to win the 4A state title.

2019: Evergreen 40, Mountain View 35 — The Plainsmen score the game’s final 20 points, including Tae Marks’ touchdown with 1:36 left to lift Evergreen to its first win over the Thunder since 2007.

2019: Mountain View 23, Prairie 22 — Freshman Kyle Chen makes a game-saving interception with 11 seconds left to give the Thunder a league victory.

2018: Union 34, El Cerrito (Calif.) 29 — Darien Chase returns a kickoff 85 yards in the final minute as the Titans win a thrilling back-and-forth battle after driving through wildfires to play this non-league game in the Bay Area.

2018: Union 17, Mountain View 14 — Christian Alcorn kicks a 29-yard field for Union with 2:34 left. The Thunder then drive to the Union 4 before a fumble ends their upset hopes. Union would go on to win the 4A state title. Mountain View was a 3A semifinalist.

2016: Hockinson 14, Columbia River 13 — Matt Henry scores on a hook-and-ladder play with 20 seconds left for the winning touchdown in the mud at Hockinson.

2013: Columbia River 29, Skyview 24 — The Field Goal Game. Skyview blocks a last-second field goal attempt by River, but Reese Keller picked up the live ball behind the line of scrimmage and ran 32-yards for the game-winning touchdown.

2012: Heritage 12, Battle Ground 7 — The Timberwolves stop Kevin Haynes from inside the 1-yard line, twice — or did they? — to preserve a 4A GSHL victory.

2012: La Center 29, Woodland 21 — Woodland rallies from 29-7 down but the Wildcats seal win win recovered onside kick with 23 seconds to play to clinch the Trico League title and an unbeaten regular season.

2011: Mountain View 34, Columbia River 28 — River led 21-20 at halftime when the lights went out at McKenzie Stadium and didn’t come back on. The game had to resumed the next day with Chav Camargo’s 52-yard interception return for TD helping the Thunder secure the win.

2009: Heritage 30, Kelso 29, OT — After Kelso scored to open the overtime, Heritage had fourth-and-goal on the 17 when Garrett Grayson hit C.J. Hatchett for the touchdown. The Timberwolves went for the win with Grayson hitting Kevin Kelly for the two-point conversion.

2008: Mark Morris-R.A. Long, double forfeit — The Monarchs won the 62nd meetings between the Longview rivals 53-20. An hour after the game, it was discovered Mark Morris played a freshman late in the game who had played all four quarters of the freshman game, and the Monarchs had to forfeit the win. The next day, it was revealed R.A. Long had committed the same infraction, and the game was declared a double forfeit.

2008: Camas 47, Heritage 44 — The Papermakers overcome a 400-yard passing game by Garrett Grayson to win a wild one in Jon Eagle’s debut as head coach.

2002: Evergreen 19, Mountain View 15 — Evergreen was up 5-0 in the fourth quarter led 5-0 on a soggy night at McKenzie Stadium. Then the two teams went back and fourth, scoring four TDs in the final four minutes, ending with Corey Fredericks’ TD run from 1-yard out with 19 seconds left.

1998: Columbia River 28, Evergreen 14 — A heated rivalry from 1985 ends with No. 1 River beating No. 4 Evergreen behind the play of Billy Knotts and Brett Pierce. River would drop down to 3A the next season.

1995: Evergreen 47, Kelso 20 — Derek Birley throws five touchdown passes as the Plainsmen score a big upset over the Hilanders, helping to spark Evergreen to a postseason run that would reach the state semifinals.

1983 — Prairie 2, Camas 0 — Camas’ Scott Gibson runs 60 yards the wrong way on a punt return for a safety for the only points of the game on a rain-soaked night in Camas.

1937 — Camas 18, Vancouver 14 — On the game’s final play, Don Gigler returns a punt 80 yards to lift the Papermakers on Thanksgiving Day.