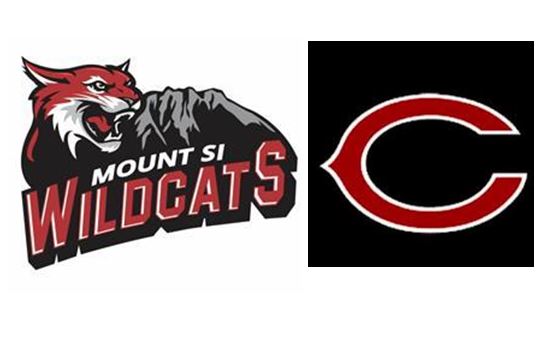 WINNER GETS: Bothell or Woodinville

ABOUT MOUNT SI: Mount Si of Snoqualmie was the runner-up of KingtCo Crest Division, behind Eastlake. Mount Si is one of three KingCo teams in the semifinals. The Wildcats’ two losses came to Woodinville (7-3) in Week 4 and Eastlake (24-18) in Week 5. They have won their last six, including playoff wins over Monroe (34-20), Chiawana (46-21) and Lake Stevens. Mount Si has one common opponent with Camas — Skyview, who the Wildcats beat 31-26 in Week 3. This is Mount Si’s first trip to the 4A semifinals, and first semifinal appearance since reaching the 3A semis in 2013. Mount Si is led by junior quarterback Clay Millen, who has passed for 2,984 yards and 33 touchdowns with just one interception. In the postseason, he has thrown for 244, 500 and 275 yards. Senior Brayden Holt is the leading receiver with 51 catches for 811 yards and 11 TDs. Senior Colby Botten had 42 catches for 515 yards and 5 TDs before having his season ended on Oct. 30 by a broken ankle. But the Wildcats have five other players with 21 catches or more, led by Kevin Corder (32-389). Junior Cole Norah is the leading rusher with 393 yards. He had 65 last week against Lake Stevens. The Wildcats held Lake Stevens’ Dallas Landeros, who rushed for 276 yards vs. Union, to just 87 yards on 24 carries. Mount Si also blocked a 23-yard field goal attempt with 2:19 left to preserve the lead. Stuart Demerit leads the team with seven interceptions.

ABOUT CAMAS: Camas was the 4A Greater St. Helens League champion. The Papermakers are back in the semifinals for the first time since winning the state title in 2016. Camas has playoff wins over Olympia (48-13), Eastmont (41-0) and Puyallup. Against the common opponent, Camas beat Skyview 21-17 in Week 8. Since stepping in as the starting QB four week ago, senior Blake Ascuitto has completed 49 of 69 passes for 945 yards and nine touchdowns. Ascuitto has 1,038 passing yards on the season and may pass starter Jake Blair’s season total of 1,136 this week. Jackson Clemmer has been a favorite target of Ascuitto. The 6-6 senior has 14 catches for 364 yards and five touchdowns in three playoff games. He has 37 catches for 958 yards and 15 TDs on the season. Charlie Bump has 35 catches for 399 yards and three TDs. Jacques Badolato-Birdsell rushed for 185 yards on 20 carries and two TDs last week, his largest rush total since Week 1. His workload has steadily increased in the postseason (12, 17 and 20 carries). He has rushed for 1,191 yards and 12 TDs. Randy Yaacoub rushed for 158 yards and two TDs last week as the Papermakers rushed 356 yards as a team. Tyler Forner (323 yards, 7 TDs) and Gabe Guo (328 yards, 4 TDs) have also make contributions in the running game. Forner is a solid linebacker and a dangerous return man. Camas’ big offensive line also keep Ascuitto from being sacked, or rarely pressured. The 27 points allowed to Puyallup were the most the Camas defense has not allowed all season. However, Camas led 35-7 at halftime and 42-7 in the third quarter. Prior to last week, no team had scored more than 17 points against the Papermaker defense.