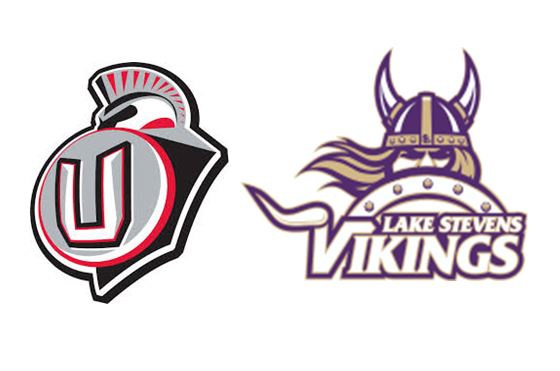 WINNER GETS: Mount Si or Chiawana

ABOUT UNION: The Titans were the third place team in the 4A Greater St. Helens League. The team has many new faces from the one that beat the Vikings for the state title last year. That starts with QB Alex Gehrmann, who has stepped into the starting spot after starter CJ Jordan was lost for the season to injury. Gehrmann has since surpassed Jordan in passing, throwing for 1,252 yards and 10 TDs. The junior threw for 246 yards and 3 TDs last week. RB Isaiah Jones is the leading rusher with 847 yards and 11 TDs. He has averaged 96 yards over the past three games. Tobias Merriweather is the top receiver with 40 catches, 724 yards and five TDs. Jake Bowen has 13 catches for 204 yards and 3 TDs in the past two games.

ABOUT LAKE STEVENS: Lake Stevens is the Wesco 4A champion. The Vikings’ closest game this season was 35-26 win over Lincoln in Week 2. Lake Stevens allowed nine total points in their last six league games, including finishing the regular season with three consecutive shutouts. The Vikings are loaded with weapons on offense. Quarterback Tanner Jellison has passed for over 2,600 yards and 36 TDs. He threw for 416 last week vs. Tahoma. Kasen Kinchen is the top receiver with 43 catches for 970 yards and 12 TDs. He had eight catches for 226 yards last week. Senior RB Dallas Landeros has rushed for 1,278 yards and 23 touchdowns. But junior Camdyn Hanks took most of the rushing load last week, gaining 107 on 15 carries. Lake Stevens has 21 seniors who have played with each other for several years, including last year’s state championship game.