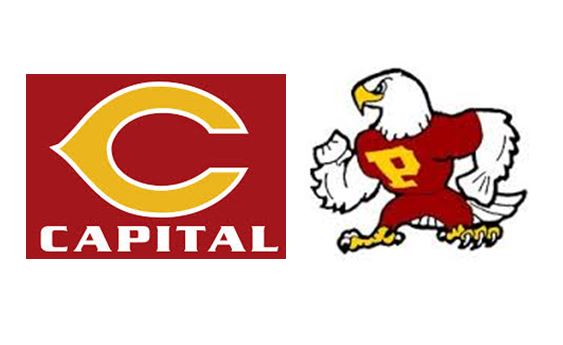 ABOUT CAPITAL: Capital, from Olympia, finished tied for fourth in the South Sound Conference. The Cougars earned the playoff spot on a point-differential tiebreaker. The Cougars enter the postseason having lost four of their last five games. Capital has not been to the postseason since 2016.

ABOUT PRAIRIE: By contrast, Prairie enters the playoffs having won its final three games by an average margin of 46-14. Quarterback AJ Dixson has passed for 1,482 yards and 18 touchdowns. But last week, the Falcons pounded the ball on the ground to capture a share of the league title. Prairie rushed for 420 of their 448 yards of offense last week. Dixson rushed for 111 yards, Devante Clayton had 148 and Dustin Shelby gained 141. The Falcons also held Evergreen to 22 yards rushing and 116 total yards.