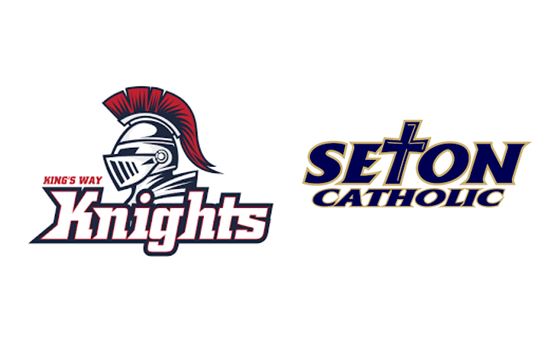 ABOUT SETON CATHOLIC: The Cougars showed fight after cutting a 34-9 deficit to 34-23 last week against Castle Rock. QB Luke Pitzer played a key role, passing for a season-best 160 yards and rushing for 50 and one TD. Isaac Washington rushed for 45 yards. Lance Stuck had a big game with seven catches for 116 yards and one TDs, and he had an interception on defense.

ABOUT KING’S WAY CHRISTIAN: The Knights have clinched the No. 3 seed to the playoffs, and appear headed to matchup at Montesano next week. Kemper Shrock returned to the quarterback position with a big game. He completed 13 of 16 passes for 328 yards and five touchdowns. He also rushed for a score. Bryson Metz leads the Knights with 40 receptions for 563 yards and 9 TDs. Kobi Cason has 33 catches for 427 yards and 5 TDs.