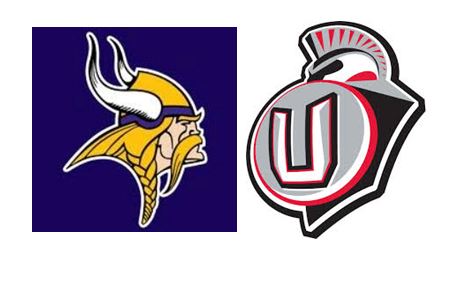 GAME NOTES: The winner of this game will face the winner of Lake Stevens-Woodinville in the championship game next week. Puyallup was the South Puget Sound League champion. The Vikings reached the semifinals with a 65-35 win over Kennedy Catholic in Week 10, plus a 45-10 win over Eastmont in the first round of state. Puyallup senior quarterback Jacob Holcomb has passed for 2,944 yards and 43 touchdowns, with just four interceptions. Senior Kyle Cramer leads the Vikings with 1,517 yards and 19 touchdowns. Puyallup has four receivers with 30 receptions or more, led by senior Darius Morrison (51 catches, 846 yards, 11 TDs) and Justin Haase (50 catches, 978 yards and 13 TDs). Junior Danny Uluilakepa leads the teams with 160 tackles. Puyallup has outscored opponents by an average of 46-17. Holcomb threw for 296 yards and five touchdowns last week against Mount Si. Morrison had five catches for 178 yards and two TDs. Cramer rushed for 162 yards. In their meeting back in September, Holmcomb passed for 155 yards. Cramer rushed for 87 on 24 carries. Union outgained Puyallup 505-285, but the Titans had to score 21 points in the final 6:35 to rally from a two-score deficit in the fourth quarter. Lincoln Victor passed for 299 yards and two TDs. Jojo Siofele caught eight passes for 136 yards, and Darien Chase had nine catches for 80 yards. On the season, Victor has passed for 1,891 yards and 17 TDs in 9.5 games. He’s also rushed for 670 yards and 9 TDs. He’s had back-to-back games of 121+ yards rushing. Chase, a University of Nebraska commit, has 57 receptions for 869 yards and 13 TDs. Siofele has rushed for 761 yards and 8 TDs, and Nile Jones has rushed for 636 yards and 11 TDs. Victor passed for 217 yards on 15-of-18 passing last week vs. Bothell. Union has outscored opponents by an average of 37-18.