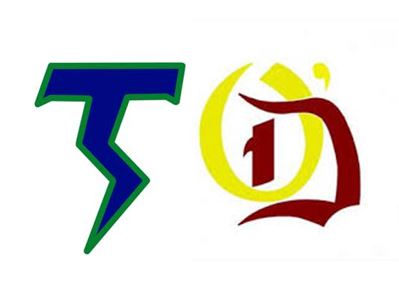 GAME NOTES: The winner will face the winner of Bellevue-Eastside Catholic in the championship game. O’Dea of Seattle is the defending 3A state champion. The Irish were the runner-up of the Metro League Mountain Division. The Irish’s lone loss came on Oct. 5 in a 31-13 defeat to Eastside Catholic. O’Dea senior quarterback Emonte Scott has passed for 689 yards and 8 touchdowns. The Irish like to grind the ball out on the ground, rushing for 3,348 yards as a team. Nine different players have rushed for more than 100 yards this season, led by senior Mark Tafia (724 yards and 10 TDs) and junior Cameron Daniels (633 yards, 15 TDs). The O’Dea defense is led by Ruperake Fuavai, a 6-2, 220-pound linebacker, and cornerback Mishael Powell, who has five interceptions. O’Dea has outscored foes by an average of 37-13 this season. Tafia rushed for 189 yards and three touchdowns last week vs. Peninsula as O’Dea rushed for 310 yards. O’Dea reached the semifinals with a 42-10 win over Wilson in Week 10 and a 49-7 win over Kamiakin in the 3A state first round. O’Dea and Mountain View have one common opponent – Rainier Beach. O’Dea beat Rainier Beach 35-24 on Oct. 12. Mountain View beat Rainier Beach 7-6 last week. Mountain View is the 3A Greater St. Helens League champion. The Thunder reached the semifinals with a 49-6 win over Ballard in Week 10 and a 42-0 win over Squalicum in the state first round. Mountain View has outscored opponents 45-6. The Thunder have not allowed a team to score more than 17 points all season. Only once since Week 1 have the Thunder allowed more than seven points to an opponent. Jack Mertens leads the Thunder 1,473 yards and 21 touchdowns. He averages 10.2 yards per carry. QB Garrett Moen has passed for 2,452 yards and 23 touchdowns. He’s also rushed for 599 yards and 9 TDs. Makai Anderson has 41 catches for 811 yards and 7 TDs. Philip Earnhardt has 29 catches for 615 yards and 8 TDs. Last week against Rainier Beach, Mountain View scored on its first possession. Rainier Beach scored later in the first quarter with Michael Bolds blocking the extra-point kick to make it 7-6. It was defensive battle the rest of the way. Bolds had his eighth interception of the season last week, which is believed to be a school record. This is Mountain View’s third trip to the state semifinals, but the first since 2002. The Thunder have never played for a state championship.