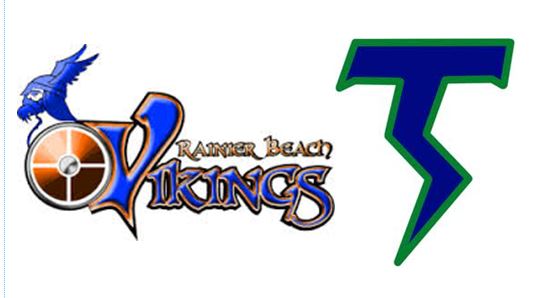 GAME NOTES: The winner will face the winner of Peninsula-O’Dea in the semifinals. Squalicum was the fourth-place team in the Metro League Mountain Division The Vikings’ three losses came to league rivals Eastside Catholic (48-22), Bishop Blanchet (24-22) and O’Dea (35-24). Rainier Beach had a non-league with Archbishop Murphy called off in September. The Vikings’ junior quarterback Trey Morris completed 21 of 24 passes against Lincoln for 302 yards and two touchdowns. Morris became the Vikings’ starting quarterback at midseason. He is 4-1 as a starter. Rainier Beach also outgained Lincoln in yards 416-150 yards of offense. The Abes had just seven first downs. Yet Lincoln was very much in the game last. The Abes forced Rainier Beach to turn the ball over on downs twice deep in Lincoln territory. A’Skari Davis had 77-yard touchdown reception for the Vikings. Rainier Beach and Mountain View have one common opponent – Battle Ground and Kelso. Rainier Beach beat Battle Ground 61-7 and Kelso 37-27; Mountain View beat Battle Ground 54-7 and Kelso 49-7. Mountain View was the 3A Greater St. Helens League champion. The Thunder are winners of 10 in a row, beating opponents by an average margin of 53-5. Over their winning streak, the Thunder have not scored fewer than 42 points. All season, Mountain View has not allowed more than 17 points. Their lone loss came to Union, the top-seeded team in the 4A state bracket, 17-14 in Week 1. Last week, Mountain View led Squalicum 42-0 three minutes into the third quarter. The Thunder held the Storm to 85 total yards and forced five turnovers. RB Jack Mertens and QB Garrett Moen were the 3A GSHL’s co-offensive players of the year. Mertens rushed for 118 yards on 13 carries last week plus one touchdown. He has rushed for 1,406 yards and 20 TDs, averaging almost 11 yards a carry. Moen has passed for 2,360 yards and 23 TDs. He passed for 209 yards on 11-of-13 passing last week, including three TD passes. Two TD passes went to Makai Anderson, who finished with five catches for 111 yards. Linebacker Andrew Remlinger, league co-defensive player of the year, leads the stingy Thunder defense. Mountain View is hoping to advance to the state semifinals for the first time since 2002.