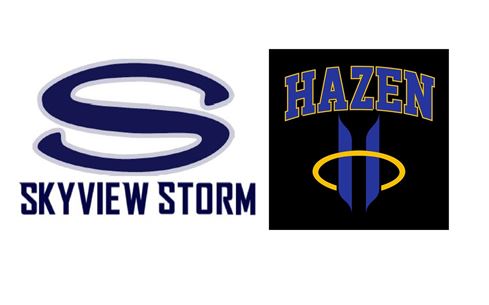 GAME NOTES: Skyview placed third in the 4A Greater St. Helens League. All four of the Storm’s losses came to playoff teams, Union, Mount Si and Camas at 4A and Yelm at 3A. Skyview quarterback has passed for 2,081 yards and 22 touchdowns. Running back/defensive back Jalynnee McGee, who averaged 115 yards rushing a game, had his season ended by ligament damage in his ankle two weeks ago against Camas. Tyler DeJong filled in last week against Heritage and rushed for three touchdowns. Hazen was the champion of the Valley Division of the North Puget Sound League. NPSL teams are 1-16 in Week 10 playoff games in the past two years. The 4A GSHL has not lost a Week 10 playoff since 2013. The Highlanders, who run a spread offense, averaged 41 points a game in their six wins. Hazen averaged five points in its three losses, which includes a 52-0 loss to Camas in Week 2. Two weeks ago, Hazen lost to Auburn Mountainview 8-7.