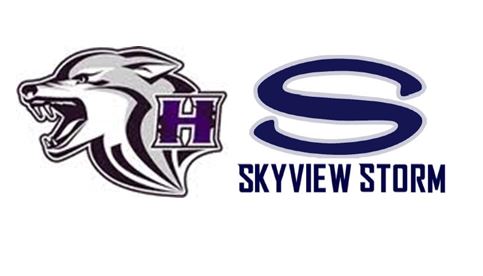 GAME NOTES: Skyview will clinch the No. 3 seed from the 4A GSHL and will travel in the Week 10 playoffs to play the winner of Hazen-Enumclaw. If Heritage wins, a three-way tie for the No. 3 spot will exist between Skyview, Heritage and Battle Ground. Heritage has lost six in a row after a 2-0 start. In those six losses, the Timberwolves have scored 38 total points. Heritage has scored three total points in three league games. Skyview lost running back/safety Jalynnee McGee to injury in the first half last week against Camas. He had rushed for 129 yards and two touchdowns to that point. McGee said he hopes to return for the playoffs if the Storm advance. Skyview will turn to Tyler DeJong and Gabe Martin to fill in for McGee at running back. Quarterback Yaro Duvalko has passed for 1,916 yards and 20 touchdowns.