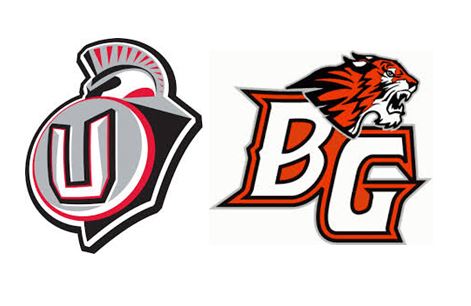 GAME NOTES: Battle Ground would be eliminated from postseason contention with a loss and a Skyview win over Camas. Boden Strouse is coming off a solid game against Camas, catching five passes for 82 yards and one touchdown. He has 21 catches for 340 yards on the season. Daniel Thompson (474 yards) and Trent Thompson (367 yards) continue to share the rushing load for the Tigers. Union clinches a playoff berth with a victory and would be set up to play for the league title next week against Camas. Quarterback Lincoln Victor, who hurt his back in the win over Skyview two weeks ago, sat out last week to get healthy. He should return this week. Victor still ranks eighth in the region in passing yards (971) despite only throwing for 25 yards in the past two games.  Jojo Siofele has been a bigger factor in the ground game for the Titans, rushing for 200 of his 400 yards in the past two games. The Titans defense has carried the load recently, giving up 15 points to two league games.