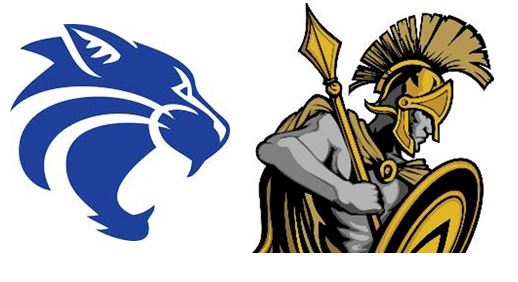 NEXT UP FOR WINNER: Will play in the state championship game against Royal or Newport

GAME NOTES: Meridian of Bellingham was the champion of the 1A Northwest Conference. The Trojans beat every team in a traditionally strong four-team league twice. Meridian’s non-league schedule included wins over two 2A teams with losing records (Anacortes and Blaine) and a 34-29 win over Cascade Christian. Three of the four Northwest Conference teams advanced to state. Mount Baker lost to La Center 42-24 in the first round. Nooksack Valley lost to Cascade Christian 61-53 in the first round. In the postseason, Meridian has been dominant. The Trojans beat Cedar Park Christian 63-3 in Week 10, holding Cedar Creek to 57 yards of offense. Meridian committed four turnovers, two which were returned for TDs in beating Hoquiam 63-21 in the state first round. Hoquiam had 26 yards in the first half. La Center beat Hoquiam 30-19 in Week 4. Meridian is making its first semifinal appearances since 2010 and second since 2006. Meridian’s defense shut down Montesano’s running game to 13 yards on 21 carries. The Bulldogs had been averaging 42 points a game. Montesano had 145 yards of total offense. QB Simon Burkett, an Eastern Washington commit, rushed for 100 yards and passed for 151.  La Center was the 1A Trico League champion. No other Trico team survived the Week 10 playoffs. La Center opened with losses to Hockinson and Woodland, both 2A playoff teams. Hockinson is a 2A semifinalist.. La Center also has a 48-20 road win over 2A playoff team Burlington-Edison. La Center is making its second consecutive trip to the 1A state semifinals. La Center’s game with Cascade Christian was 7-7 after three quarters and 21-21 after regulation. RB Wyatt Dodson led Clark County in rushing with 1,475 yards in 11 games and 16 touchdowns. He rushed for 197 yards and 36 carries. It was second second most carries of the year. He had 38 carries, when he rushed for 321 yards and 5 TDs in a win over Burlington-Edison. The Wildcats have had two other players have 100-yard rushing games (Colin Namanny, Tanner Dreyer), a testament to La Center’s rushing attack and strong offensive line. That line is anchored by Trico League MVP, OL/DL Jack Hiller. Hiller (6-5, 250) leads lines that have good size for a 1A team. QB Hayden Williamson has passed for 1,266 yards and 15 TDs. Evan Honore has 42 receptions for 620 yards and 6 TDs. Dodson was the Trico League offensive player of the year. Honore and 6-7 defensive end Wyatt Siebert were the defensive players of the year.