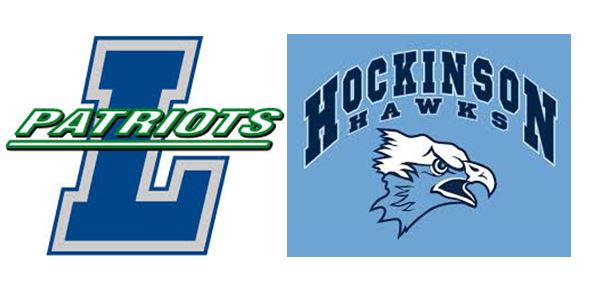 NEXT UP FOR WINNER: Will play in the state semifinal against West Valley-Spokane or Selah.

GAME NOTES: Liberty of Renton played as the only 2A team in the six-team 3A/2A Metro League Sound Division, going 4-1. The Patriots’ lone loss was to Bishop Blanchet, a 3A playoff team. Liberty beat Mercer Island, which advanced to the 3A state tournament. Liberty runs a run-heavy offense, rushing for 2,861 of its 3,550 yards (81 percent) of offense. The Patriots had seven different players rush for 182 yards or more. Junior Jacob Thoresen led all rushers with 635 yards and 13 yards. He was also the top receiver with 13 catches for 350 yards and seven TDs. He caught two TD passes last week against Fife. Jake Wright, a junior, led the team with 106 rushing yards last week against Fife. Sophomore QB Sam Brown passed for 576 yards and 7 TDs. Thoresen, a linebacker, was also Liberty’s leading tackler. Julian Manning Bruce, a 6-6, 300-pound senior, leads the offensive and defensive lines. He’s the brother of former Washington State standout Mkristo Bruce. Since Liberty’s 33-28 loss to Bishop Blanchet, the Patriots have not allowed an opponent to score more than one offensive touchdown. Fife had a 69-yard fumble return for a touchdown last week. Liberty shut out Burlington-Edison, a team that had averaged 30 points a game, 21-0 in a Week 10 playoff. Fife lost quarterback Falani Jennings and UW-bound lineman MJ Ale is injury during its game vs. Liberty. Liberty reached the 2A state title game last season, falling to Archbishop Murphy 56-14. Hockinson ended Liberty’s season in 2015 with a 42-21 win at District Stadium. The Hawks were the 2A Greater St. Helens League champion. The Hawks’ non-league wins were over 3A Prairie and 1A La Center and Hoquiam. La Center is a 1A state quarterfinalist. This is the third time in four years the Hawks have reached the state quarterfinals. The Hawks are 0-2 in previous quarterfinal games. Hockinson has been a pass-heavy offense, throwing for 3,250 of its 4,609 yards (71 percent) of offense. Senior QB Canon Racanelli has passed for 3,194 yards and 47 touchdowns this season. He threw for a season-high 389 yards and seven TD passes last week against Pullman. Racanelli is also the Hawks’ leading rusher with 455 yards and13 TDs. RBs Bailey Jones (331 yards, 3 TDs) and Colton Wheeler (312 yards, 4 TDs) are the other leading rushers. Sophomore Sawyer Racanelli has 66 receptions for 1,380 yards and 22 TDs. Other top receivers are Peyton Brammer (40-554-8), Matt Henry (34-498-5) and Jake Beslanowitch (23-275-6). Henry had six catches for 168 yards and three first-half TDs last week. The 18 points allowed last week were the most the Hawks’ have allowed since a 49-27 win over Woodland in Week 3. Nine of the 18 points were scored by Pullman’s defense – a safety and a fourth-quarter interception return for a score against the Hockinson reserves. Hockinson has scored at least 41 points in every game this season, averaging 51.